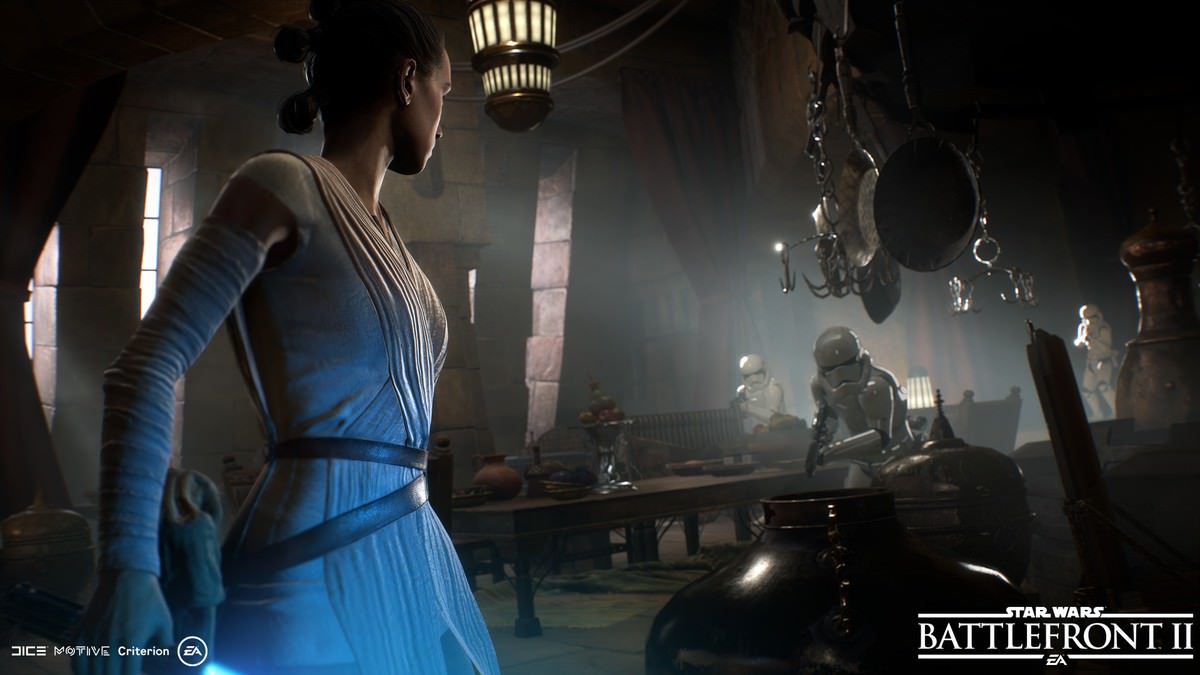 After being open to pre-order players for the last few days, Star Wars: Battlefront 2 Multiplayer Beta is finally open to the public. The multiplayer beta features three different online multiplayer game modes consisting of Galactic Assault, Starfighter Assault, and Strikes. Each mode has it’s own unique map and objectives to complete.

Galatic Assault takes place on Naboo at the Royal Palace. Teams take the role of either the defending Clone Troopers, or the Attacking Battle Droids. As objectives are completed, the setting will continue moving deeper and deeper inside of the royal palace. This mode gives you an idea of everything Battlefront 2 has to offer, from infantry classes, ground and air vehicles, as well as the hero and villain characters. The Seperatists have Darth Maul and Boba Fett in their arsenal, while the Republic has Rey and Han Solo.

The Strike mode is  a much smaller ground battle, without interference of heroes. Quick objective based battles take place in the foresty world of Takodana, pitting the Rebels against the First Order.

Lastly, Starfighter Assault brings back the fan-favorite space battles. Players have a myriad of different ships in their arsenal each with it’s own weapons and abilities. Like Galactic Assault, this battle changes as each objective is completed. Imperial ships must protect a Star Destroyer as the Rebels attempt to bring it to the ground.

Star Wars Battlefront 2 Multiplayer Beta is live now on Xbox, Ps4, and PC until October 9th, giving players a glimpse at what they’ll find when the full game releases on November 17th.