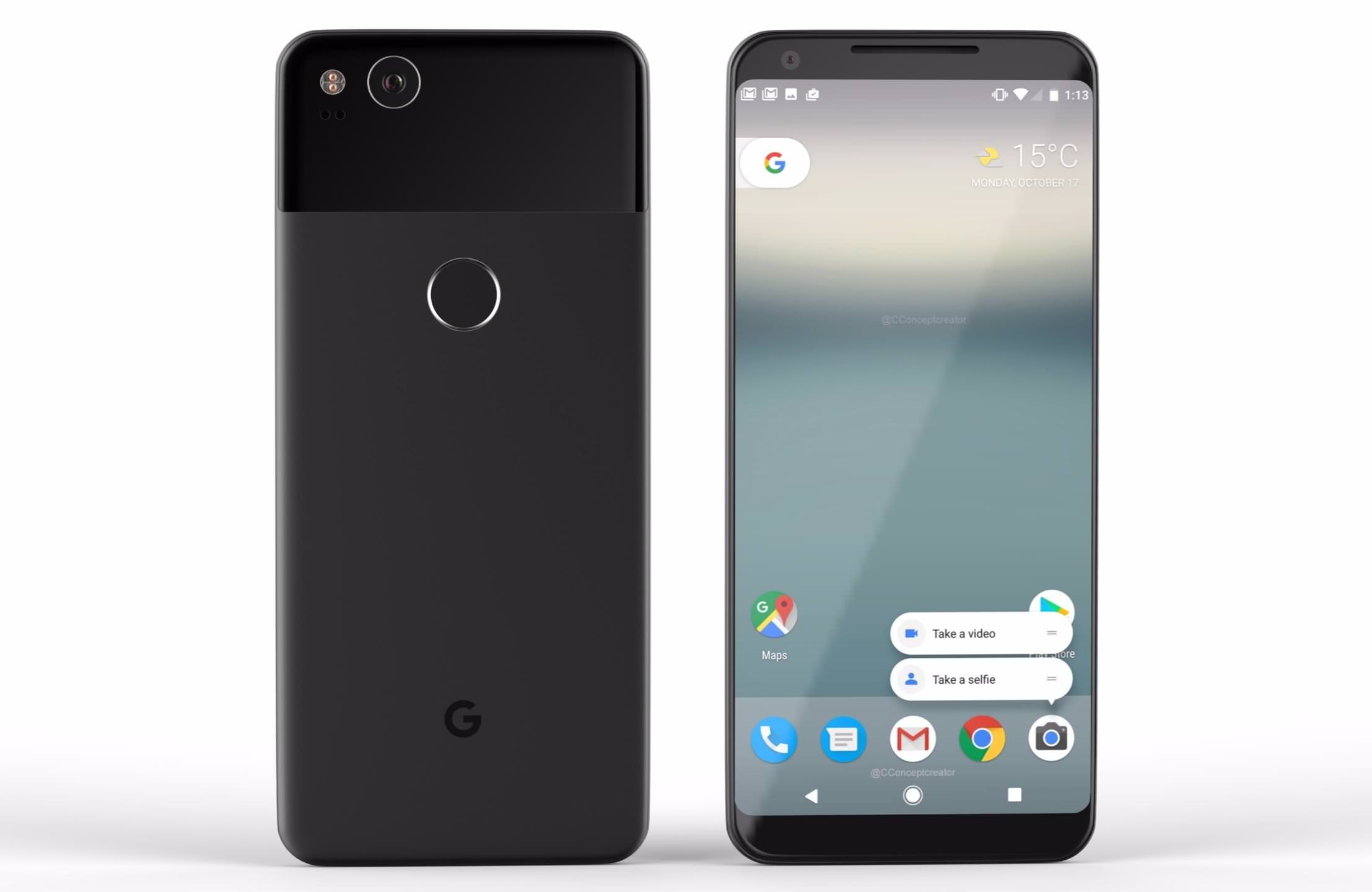 The Google Pixel 2 has been announced and the “made by Google” smartphone has been improved upon in almost every way to make Android fans salivating at potentially owning one.

The “original” Pixel 2 is going to be smaller than the Pixel 2 XL (obviously) and is built upon the search capabilities combined with their Assistant AI which Google have said is simpler and smarter.

Less bezel more screen seems to be a common thread among the latest phones, the Pixel 2 is no different. Unlike the previous specs, the screen on either side is smaller than on the Pixel but still has quite a bezel on the top and bottom compared to the Samsung S8.

The tradeoff though for having some bezel means you’ll get some pretty decent speakers in the front underneath Google’s glass and metal design which still features a fingerprint sensor which is on the back of the phone.

There’s also only one rear camera which is different to the recently released Note 8 and they have followed Apple by removing the 3.5mm jack opting USB or wireless headphones.

When is it released? You can pre-order the phone from today.