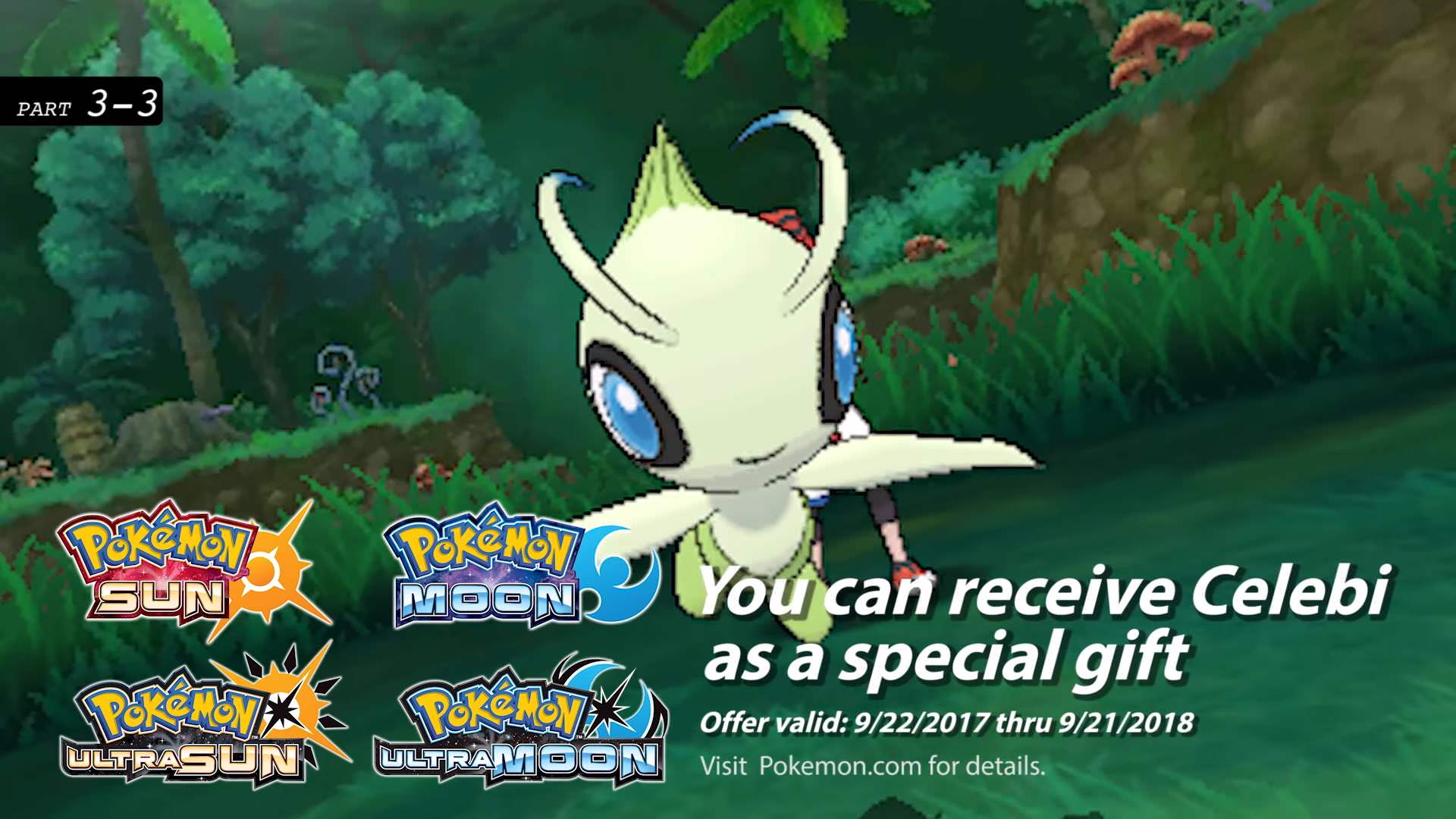 To celebrate the release of Pokemon Gold and Silver on the 3DS Virtual Console, Nintendo have decided to give loyal owners of the current Pokemon games a special gift. Although the Pokemon will not be available in the Virtual Console version of the game, it will now be possible to get the legendary Pokemon Celebi to use in your Nintendo 3DS Pokemon titles.

If you buy Pokemon Gold & Silver within the first year of it’s Virtual Console release, you will receive a download code to get a Celebi for your copy of Pokemon Sun or Pokemon Moon. The code will also work on Pokemon Ultra Sun and Pokemon Ultra Moon when they arrive on November 17th 2017. It is not currently known if the code will be included with the physical box versions of the game, but it is highly probable because of the promotion offered during yesterday’s Nintendo Direct.

Pokemon Gold & Silver will be re-released worldwide on Nintendo 3DS on September 22nd 2017. If you are interested in seeing more about the game, be sure to visit the official game page on the Nintendo website, or read the previous coverage we have posted regarding the Pokemon franchise.