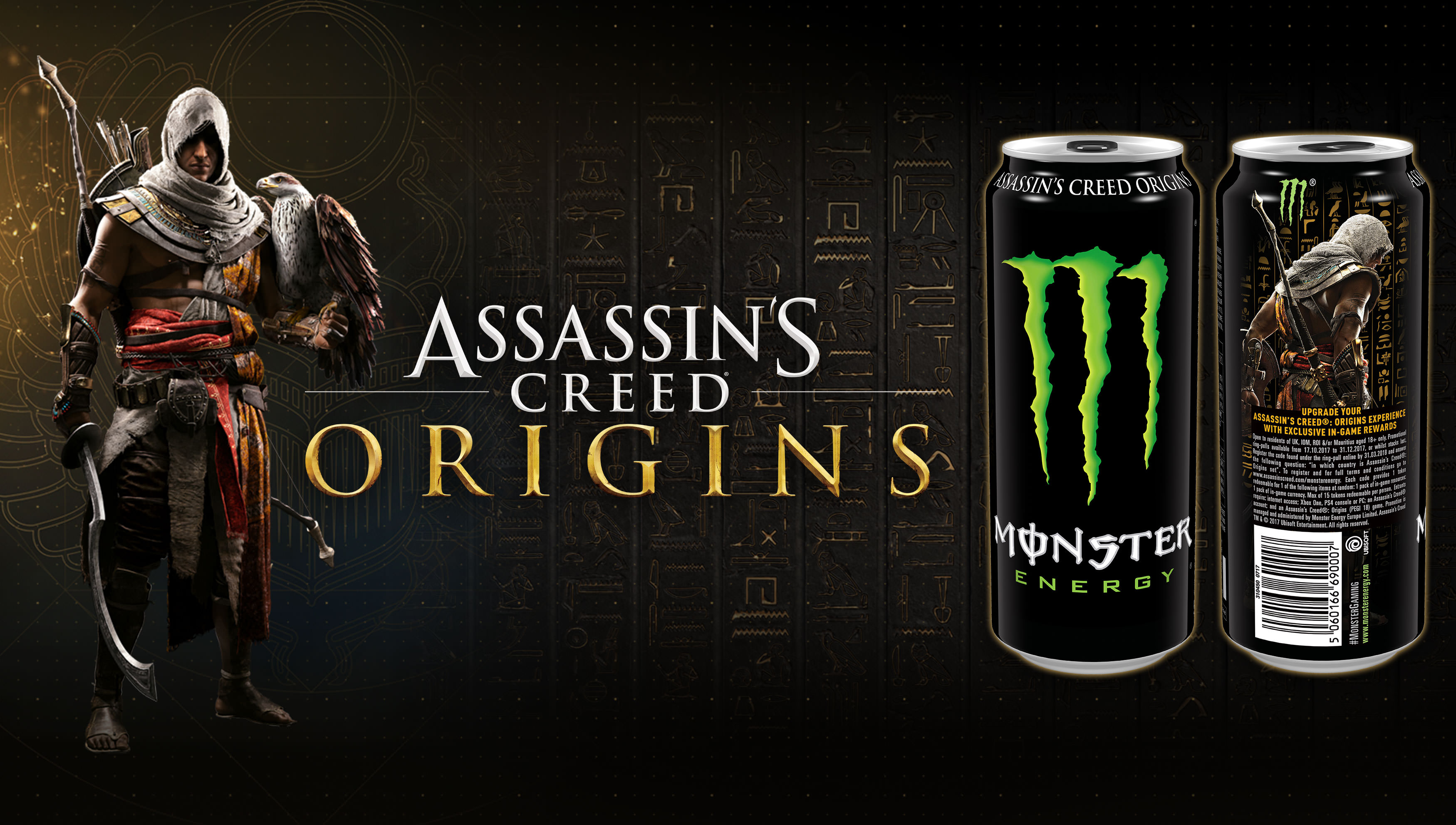 Ubisoft have teamed up with energy drink Monster to give customers and fans access to in-game content as well as special prizes which are available worldwide.

The partnership which begins from October 1st, 2017 will include three special Monster collector cans, multiple prizes and support in key stores across Europe.

Celebrating the launch of Assassin’s Creed Origins which is released on October 27th, 2017 over more than 500 million cans of Monster Energy drink will have customised characters on them including protagonist Bayek.

Most likely these cans will be on eBay for a hefty price, so stock up while you can.

Also, from early October until the end of December players will be able to collect different Assassin’s Creed branded cans with 100% of them unlocking in-game content by redeeming codes on the Monster Energy landing page at the Assassin’s Creed website.

Single cans will offer in-game resources such as Iron, Wood, Animal Skins or currency packs to help with player progression.

Pack of 4 Monster drinks will unlock special weapons like Dust-Biter Sword, the heavy Face-Breaker, the Sceptre of Thaati and the Rain Bow.

On top of all the in-game content, additional prizes such as games consoles, the video game itself and Monster Energy gaming fridges will also be up for grabs to EMEA players.