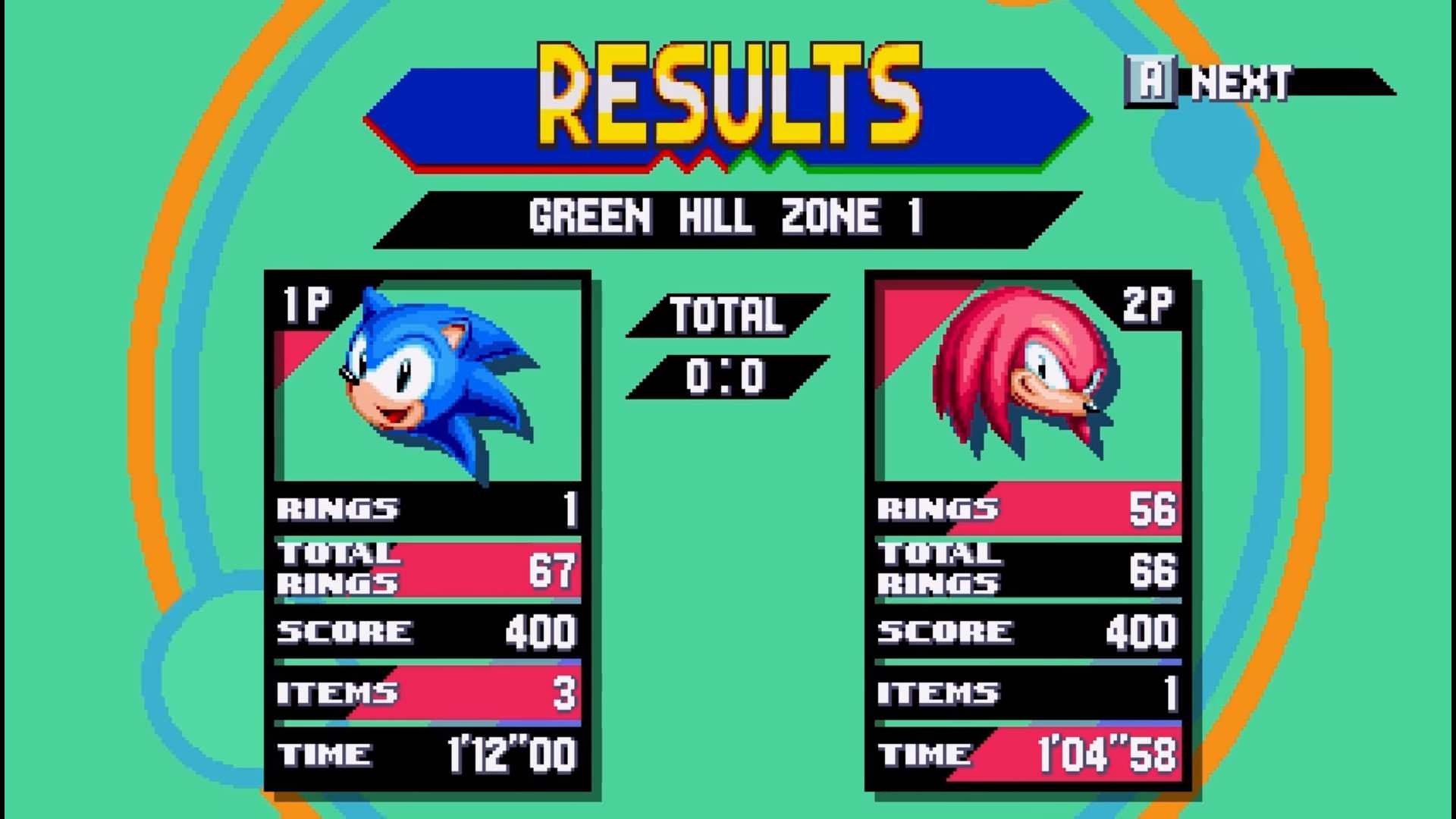 Back in the early nineties, the multiplayer Competition mode in Sonic 2 was one of the best new features introduced to the franchise, and remains one of the most fondly remembered elements of the blue blur’s early days on the Sega Mega Drive / Genesis. This feature is now confirmed to be returning in Sonic Mania in a local multiplayer capacity, which is disappointing in an online multiplayer era, but not a deal breaker by any stretch of the imagination.

The new competition mode uses the same five scoring categories as it’s original incarnation in Sonic 2, so it isn’t always the fastest player who will win the point at the end of the round. In case you need a refresher course, these are Score, Number of Items, Time, Number of Rings Collected and Number of Rings Currently Held. If there is a tie at the end of the zone, it will likely go to a tie breaker which is set inside of one of the game’s  Special Stages.

If you would like to see the footage from the Competition Mode for Sonic Mania, be sure to watch the video that we have provided below, courtesy of the official Sonic the Hedgehog YouTube page. Sonic Mania will be released on PC, PS4, Xbox One and Nintendo Switch on August 15th 2017. If you are interested in seeing more about the game, be sure to visit the official game page on the SEGA website, or visit the previous coverage we have written regarding Sonic Mania.

BioShock, XCOM and Borderlands Coming to Switch
Powered by Magic