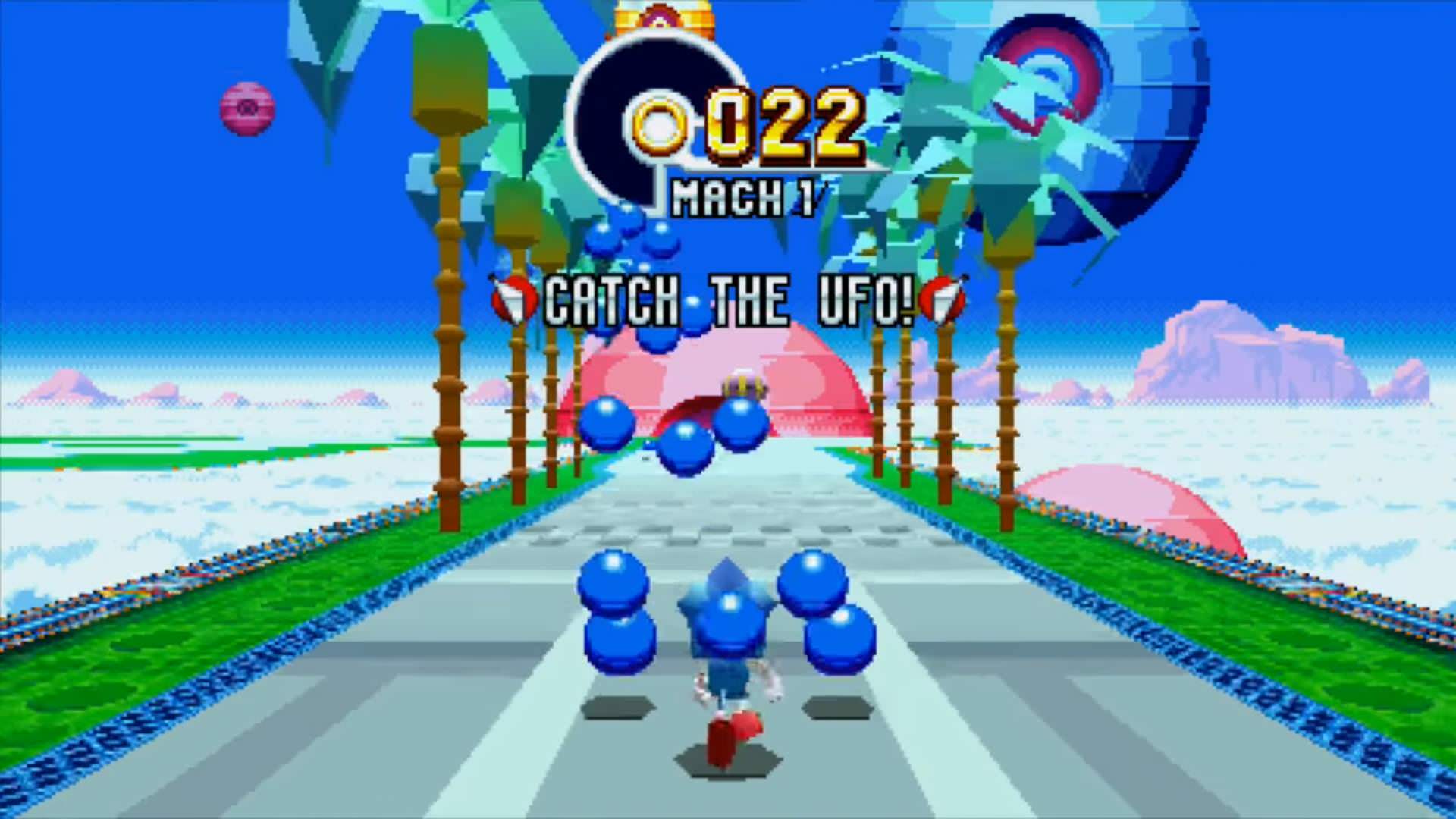 Last month, we revealed a brief first glimpse at the special stages that would be appearing in Sonic Mania, as well as the soundtrack that would accompany your journeys to reclaim the Chaos Emeralds. With only twelve days to go until the game is released worldwide, SEGA have decided to release some debut footage of the Special Stage in action, alongside a familiar bonus area which is returning in a different capacity.

The Bonus Stages for Sonic Mania, which are accessed from jumping to a Star Circle which can appear above a checkpoint, have been confirmed to be the Blue Sphere levels which originally appeared as the Special Stage back in Sonic 3 and Sonic & Knuckles. A remixed version of the original music also appeared alongside the Blue Sphere stages, and it has been hinted that you will receive something special for collecting all the blue spheres inside one of the Bonus Stages.

The final piece of footage at the end of the clip shows the time attack mode, where players are challenged to get to the end of the level as quick as they can. A new addition for this mode is the ability to warp back to the beginning of the stage instantly, instead of having to fail or complete the stage if you wish to try and get a better time. The exact button for this feature has not been confirmed, but hopefully it will be placed out of comfortable reach to avoid any unnecessary restarts.

If you would like to see the footage for the Special Stages from Sonic Mania, be sure to watch the video that we have provided below, courtesy of the official Sonic the Hedgehog YouTube page. Sonic Mania will be released on PC, PS4, Xbox One and Nintendo Switch on August 15th 2017. If you are interested in seeing more about the game, be sure to visit the official game page on the SEGA website, or visit the previous coverage we have written regarding Sonic Mania.