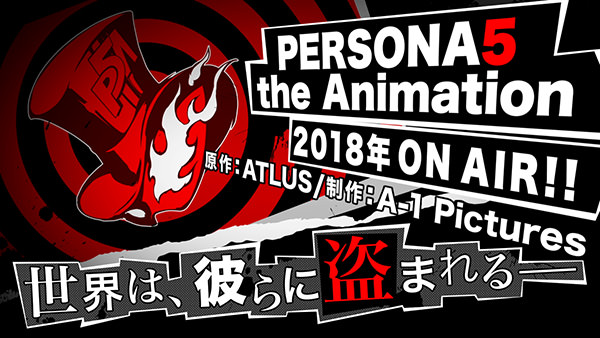 Earlier today, information regarding a possible animated adaption of Persona 5 was revealed via social media. These rumours were later validated by ATLUS, who have announced that Persona 5 The Animation will be airing in Japan next year. This animated retelling of the game’s story follows the OVA animation Persona 5 The Animation The Day Breakers, which was released by ATLUS shortly before the game arrived in Japan. Like the OVA, the new anime will feature the original voice actors for all the main party members in the game, such as Ikue Ōtani, who is also known for her work as Pikachu in the Pokemon anime.

The previous anime adaption for Persona 4 was a series that lasted for 25 episodes, and a sister series was also released to incorporate the addition content from Persona 4 Golden. Whereas Persona 3 was adapted into four feature length movies, which were released in Japan over the last few years. It is likely that Persona 5 The Animation will follow in Persona 4’s footsteps, but no further information has been revealed up to this point.

Persona 5 The Animation is currently in development by A-1 Pictures. If you are interested in seeing more about the anime, be sure to visit the official page on the ATLUS website, and stay tuned to VGU for more news surrounding the series to arrive.