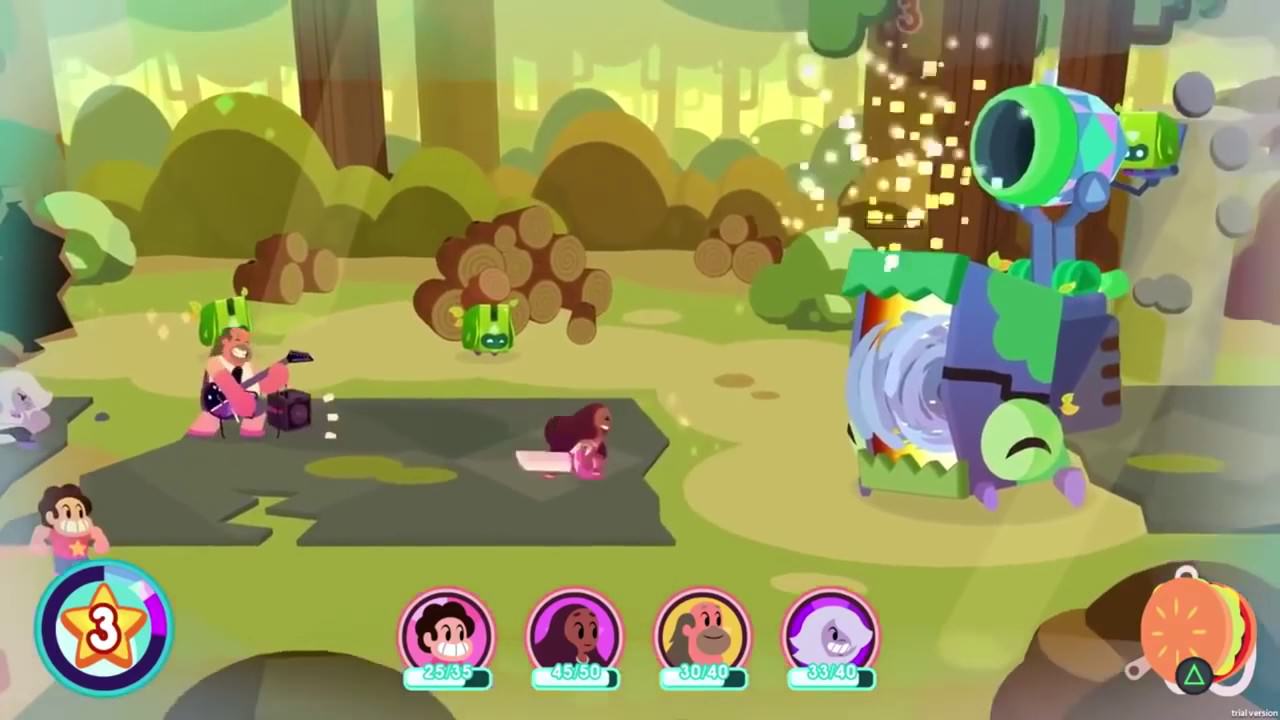 A new trailer for Steven Universe: Save the Light premiered at San Diego Comic Con, showing off some of the charming visuals, relaxing music, and a new character, exclusive to Save the Light.

The game-play style seems to draw a lot of inspiration in the turn-based combat found in that of Paper Mario, where timed button presses can help add more damage to a hit or reduce the damage coming to a party member. The trailer is jam-packed full of charm, from the colourful yet simple art style to the very pleasing OST.

The trailer also showed off the ability to fuse party members to create a stronger character mid-battle, a tactic that fans of the show will be very familiar with. Along with the gameplay reveal came a new character announcement. An evil version of Peridot, known as Squaridot, who seems to be one of the main antagonists of the game.

Lastly, paired with the trailer came the announcement of a vinyl print of Save the Light’s OST. The vinyl set contains thirty-seven songs across four vinyl records. Preorders are now available at iam8bit.

Steven Universe: Save the Light is set to release on consoles later in 2017.