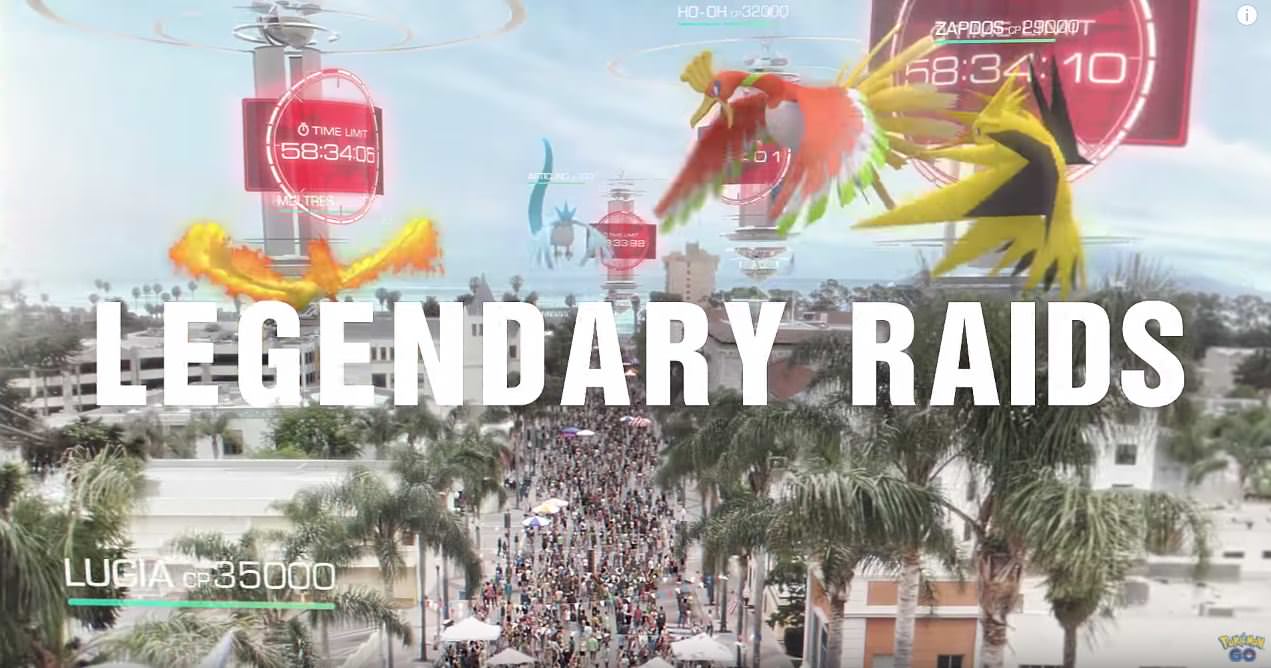 The long-awaited legendary Pokemon have now been announced for the mobile game, Pokemon GO. In a new trailer, Niantic shows off  all of the new features coming to the game. The Legendary Pokemon come in the form of Raids, where trainers team up together to chip away at the health of a powered-up Pokemon. All players who participate in the raid will receive the legendary Pokemon after it has been defeated.

Along with the legendary update, the trailer shows off new badges for being a gym leader, and the motivation/berry system for keeping your Pokemon healthy while they guard a gym. With all the focus on recent and upcoming updates, this trailer clearly shows that Niantic is putting a lot of effort into regaining their player base who might’ve left after the excitement died down last year.

What do you think of the Legendary update? Is it everything you hoped it would be? Check out the new trailer below and let us know what you think!