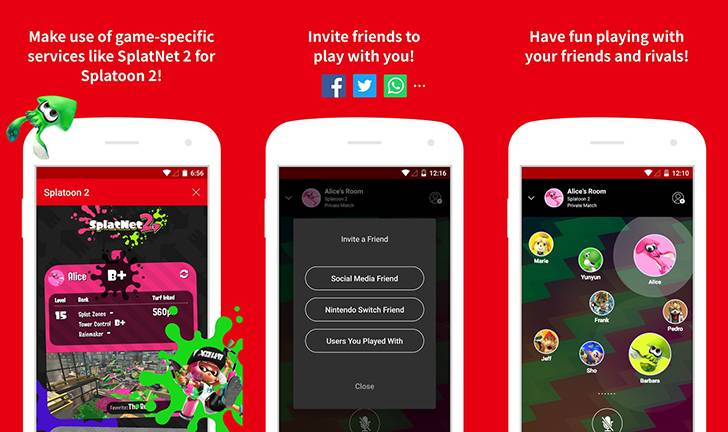 After months of speculation on it’s performance, the Nintendo Switch’s Online app is now available to be downloaded for both Android and iOS. While it can be downloaded currently, it doesn’t have much use until you can access the online lobbies in Splatoon 2.

Currently users can check the benefits planned to release with Splatoon 2 tomorrow, advertising the ability to buy gear, check the current map rotation, and share scores directly from the app. Functionality is left up in the air until the app can be taken for a test-drive, and Switch owners are antsy to find out if this unorthodox method of handling online lobbies is as well-executed as they would hope.

The online functionality through the app is free until some time in 2018, when Nintendo plans to establish a yearly fee as well as including a few extra features to come with that cost. If you are a Switch owner, now is the best time to give the app a try and decide if it’s worth the annual fee.

Still on the fence for Splatoon 2? Check out the most recent trailer and see if strikes a cord in you.