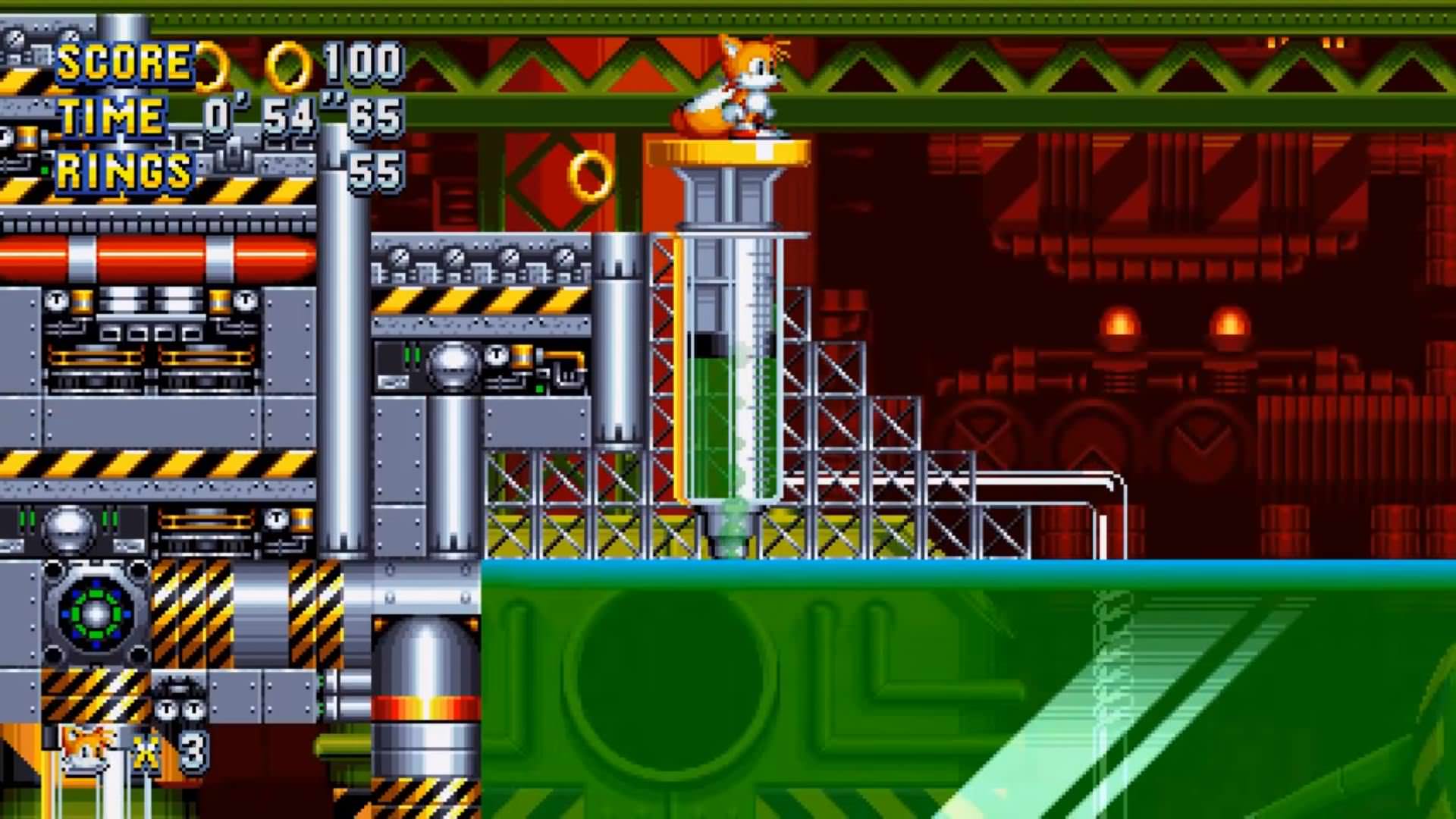 After releasing the way past cool trailer for the release date of Sonic Mania, SEGA have decided to have us another taste of the re imagined zones we will be exploring this August. The dreaded pink waters is one of the reasons that Sonic the Hedgehog 2 is considered one of the best entries in the classic franchise, so long time fans of the blue hedgehog’s adventures will be pleased to hear that Chemical Plant Zone is making another comeback appearance, after it was remastered in the console version of Sonic Generations in 2011. As well as the tinted water, pipes and long slopes we have come to expect, all new gimmicks have been introduced such as the DNA helix lift, wall sliders and the ability to change the water into solid platforms using strategically placed syringes.

If you would like to see the debut footage of Chemical Plant Zone, which includes a fantastic remix of the zone’s original soundtrack, be sure to watch the video that we provided below courtesy of the official Sonic the Hedgehog YouTube page. Sonic Mania will be released on PC, PS4, Xbox One and Nintendo Switch on August 15th 2017. If you are interesting in seeing more about the game, be sure to visit the official game page on the SEGA website, or visit the previous coverage we have written about the development of Sonic Mania.