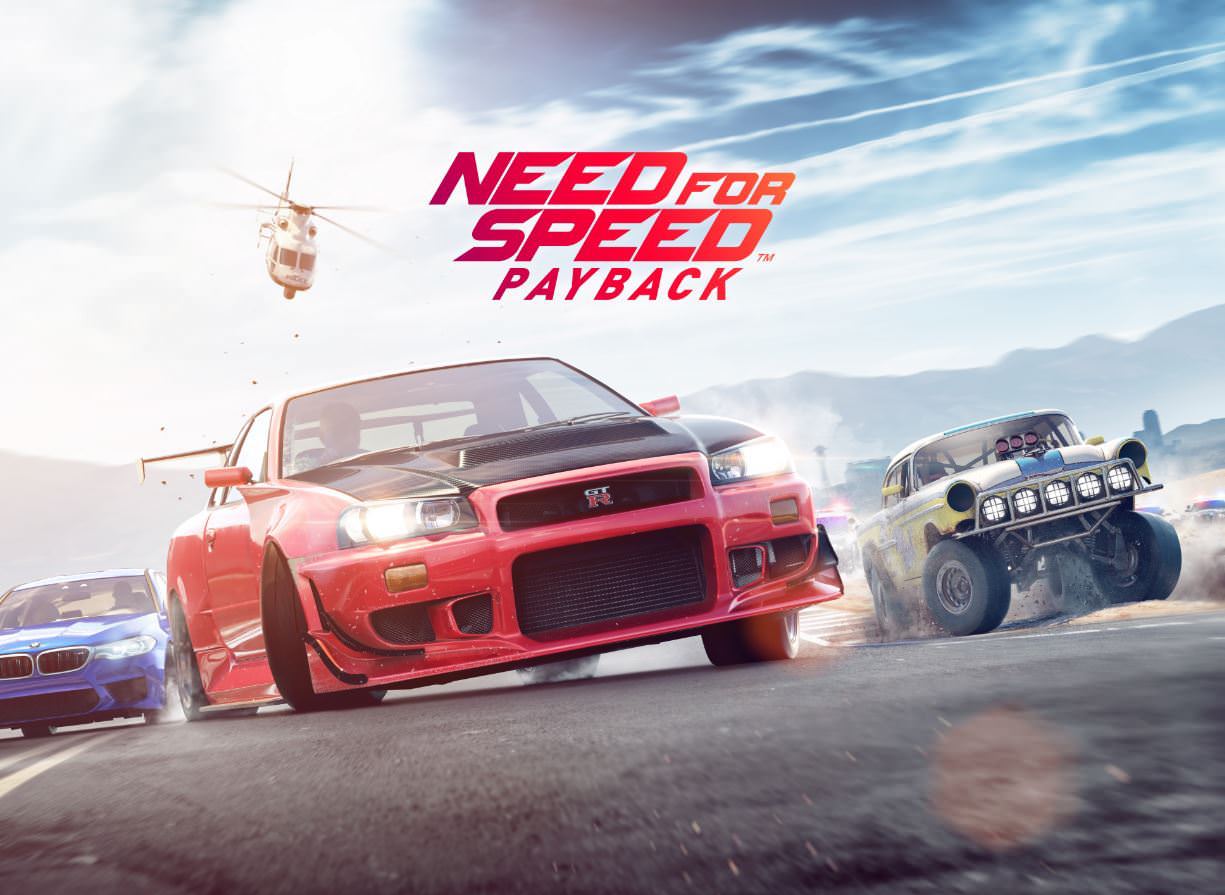 EA have revealed the new line for their racing title Need for Speed with Payback coming this year on November 10th 2017.

The game will take place in the underworld of Fortune Valley which is said to be “an explosive adventure fueled by a gripping story of betrayal and revenge” EA says. Players will be able to play as three different characters who are reunited; Tyler, the Racer;  Mac, the Showman, and Jess, the Wheelman with each driver taking on races, missions and challenges in order to earn the respect of the Valley’s underground.

“Need for Speed returns this year to challenge what players expect from racing games, We’re still delivering everything our fans love about the franchise – the deepest customization, an impressive roster of cars, intense races and open world pursuits – but with Need for Speed Payback, we’re bringing together all those elements in an all new blockbuster driving experience. From the story to the different characters you can drive as, to the varied missions, to the edge-of-your-seat moments, this is our vision for what action driving entertainment means today.”

Players who pre-order the game will receive the Need for Speed Payback Platinum car pack which allows instant access to five different customisable and tuned cars right from the start of the game. The five cars are going to be:

Purchasing the deluxe edition is also going to give you a chance to play the game three days early from Tuesday,7th November and access to some deluxe exclusive customisation options when fitting parts and tuning your car. Dexlue holders will also get extra NOS colours, in-game discounts and Rep bonuses plus the benefits from the Platinum car pack.

If you don’t want to buy the deluxe version of the game but want to play early, if you are a member of EA Access or Origin Access you can still play the game 10 hours early from Thursday 2nd November with the Play First Trial.

Need for Speed Payback will be available worldwide from November 10th on Xbox One, PlayStation 4 and Origin for PC. You can watch the announcement trailer below.