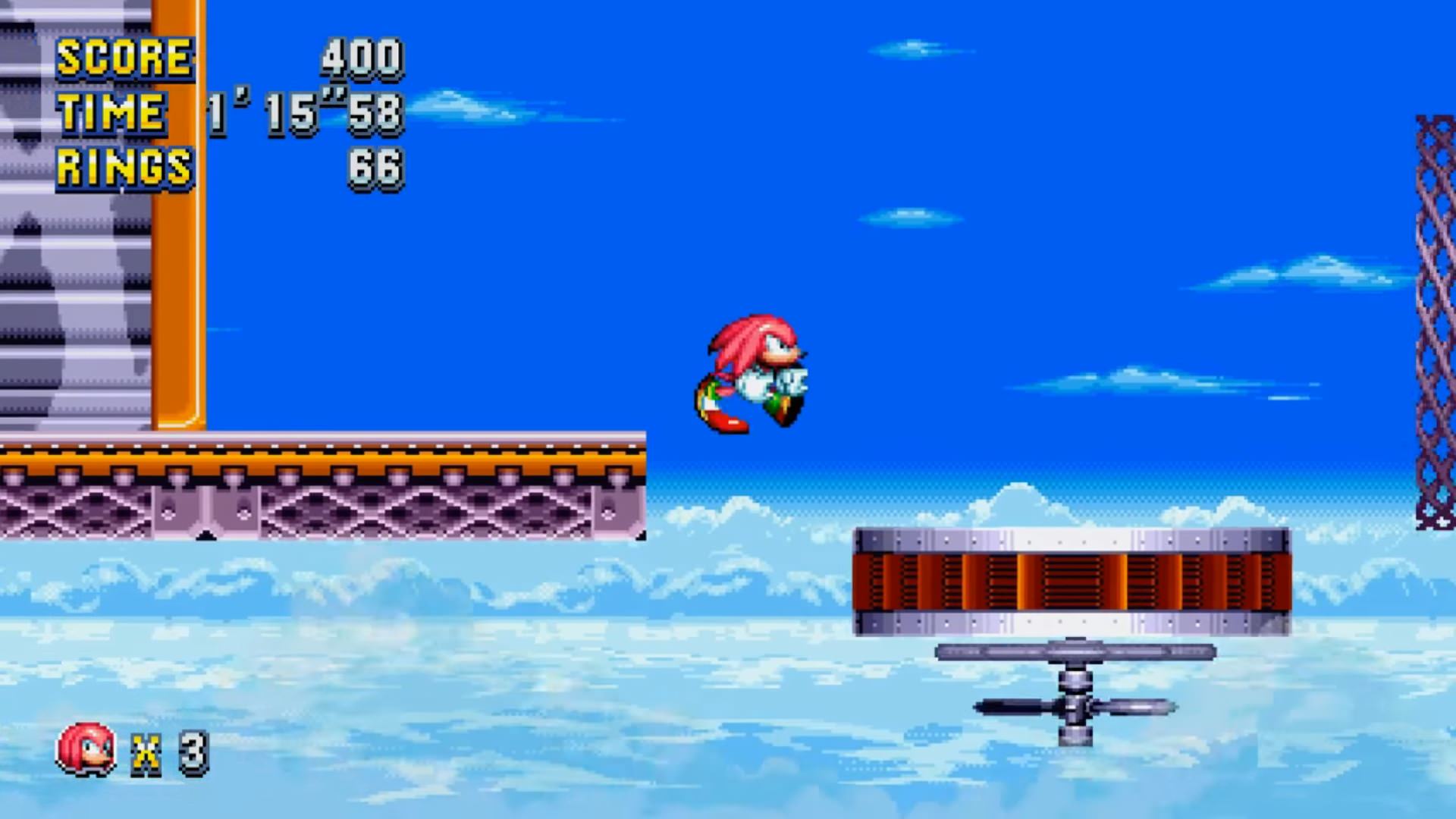 Back in March, we revealed that SEGA will be including a re-imagined version of Flying Battery Zone from Sonic and Knuckles as one of the playable levels in Sonic Mania. In order to build up the hype for the game before it launches in Summer 2017, the development team have released a new trailer which shows one of the acts of the new Flying Battery Zone in greater detail.

For this video, they chose Knuckles the Echidna as the playable character, showing off his trademark moveset such as gliding and wall climbing, as well as a brief teaser of the level’s layout. Some of the areas do bear a striking resemblance to the original iteration of Flying Battery Zone, but like with the previously announced Green Hill Zone, new mechanics and gimmicks have been placed at different points around the level. The new footage also confirms that the Star Post checkpoint bonus stages will be making a return, which was a popular feature back when it was included in Sonic 3 and Sonic & Knuckles.

If you would like to see the new footage of Flying Battery Zone in Sonic Mania, be sure to watch the video provided below. Sonic Mania will be released on PC, PS4, Xbox One and Nintendo Switch in Summer 2017. If you are interesting in seeing more about the game, be sure to visit the official game page on the SEGA website, or visit the previous coverage we have written about the development of Sonic Mania.