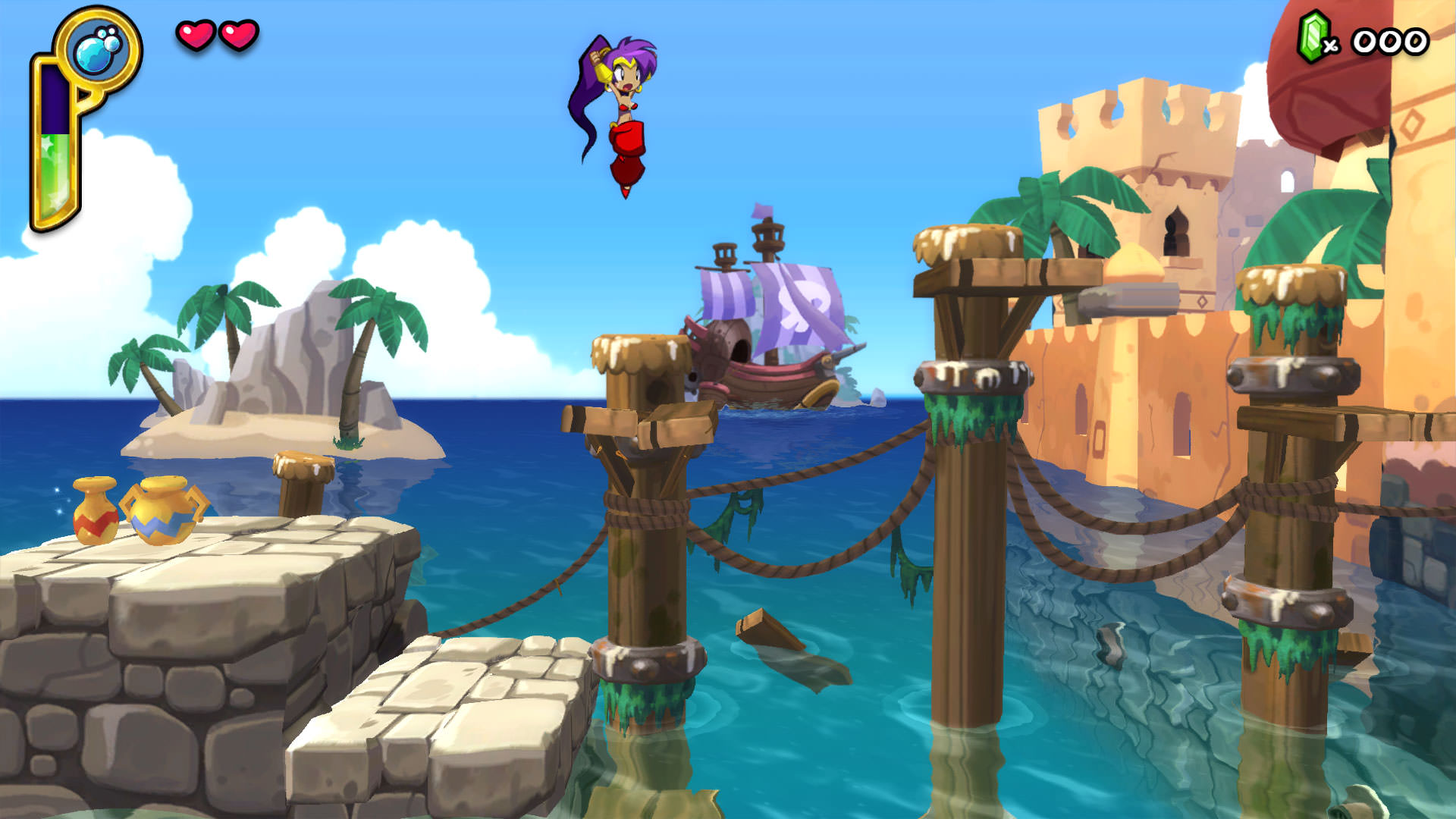 Last year, the long-awaited hair whipping platformer Shantae Half-Genie hero was released on PC, PlayStation 4, Wii U and Xbox One. The game was developed by original developers Wayforward after a highly successful Kickstarter campaign that took place back in 2013, and proved to be a critical and commercial success. Earlier this week, the development team created a new post on the Kickstarter updates feed, revealing two brand-new pieces of information that will be sure to please the fans of the purple haired half Genie.

Back during the campaign, it was announced that any DLC released for Shantae Half Genie hero would be free of charge, and the promise  continues to be kept with the news that Risky Boots, Shantae’s arch enemy, will be soon added to the game as a playable character. It is not currently known how the gameplay will change with Risky at the helm, but it is likely that her arsenal will include some of the weapons and tools seen in Shantae & The Pirate’s Curse. The second piece of good news is that Shantae Half Genie hero will also be released on the Nintendo Switch this Summer. It is likely that the game will include all the currently released DLC as well as the Risky Boots content when it eventually becomes available.

Shantae Half-Genie Hero is now available worldwide on PC, PlayStation 4 and Xbox One courtesy of Wayforward. If you are interested in seeing more about the game, be sure to visit the official game page, and watch the launch trailer which has been provided below thanks to their YouTube Channel.