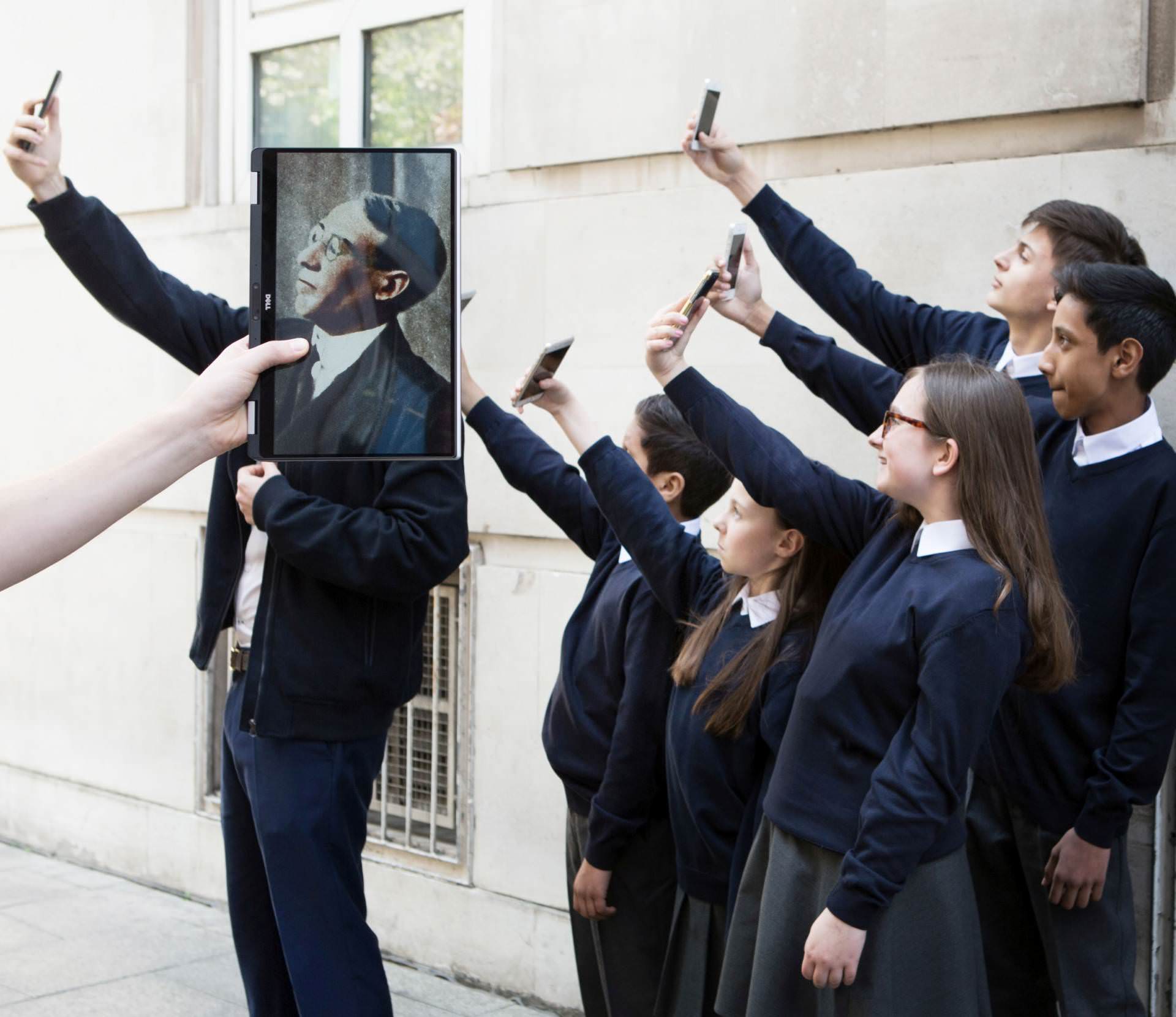 Dell has worked with a colourist Matt Loughrey to bring back life to images taken from the late 19th century to the early 20th century in a cool way to showcase their new convertible 2-1 XPS laptop, the Dell XPS 13″ 2-1.

The images which have been colourized include a nurse, teacher, messenger boy, photographer and painter that have been specifically chosen to highlight how little technology was around at the time…minus the camera of course.

“What struck me is how similar we are to these people, even after 100 years. Seeing them side by side shows in a way, that nothing has changed – behind the transformation that technology has brought to the roles, the people have the same aspirations, family lives and routines as us.”

Over six days the images were restored using a specialist algorithm that converts monochrome shades into their blue, green and red colour counterparts. Loughry then uses a touchscreen tablet to bring the colours to life from the black and white image.

“I source the colours accurately using an algorithm that matches monochrome shades to their colour equivalents in red, green and blue hues” continues Loughrey. It’s a painstaking process but endlessly rewarding because other people get the same out of the final photograph as I do when they look at it – a chance for self-reflection and connection with people from centuries ago.”

Dell’s Consumer UK’s Jamil Nathoo mentioned that this project was to show how far we have come compares to these black and white images, showcasing the advance in technology with their almost borderless display that the XPS 12 3-1 is able to achieve. This allows them to impose the image on a real-life model without taking away from the overall immersion of the retouched image that Loughry has created.

We are currently reviewing their Dell XPS 13 laptop (not the 2-1) which includes the “Infinity Display” technology, so keep an eye out for what we think about it next week. The Dell XPS 13 2-in-1 with Infinity Edge Display which you see in the photos is available now from £1,349 from Dell.co.uk.