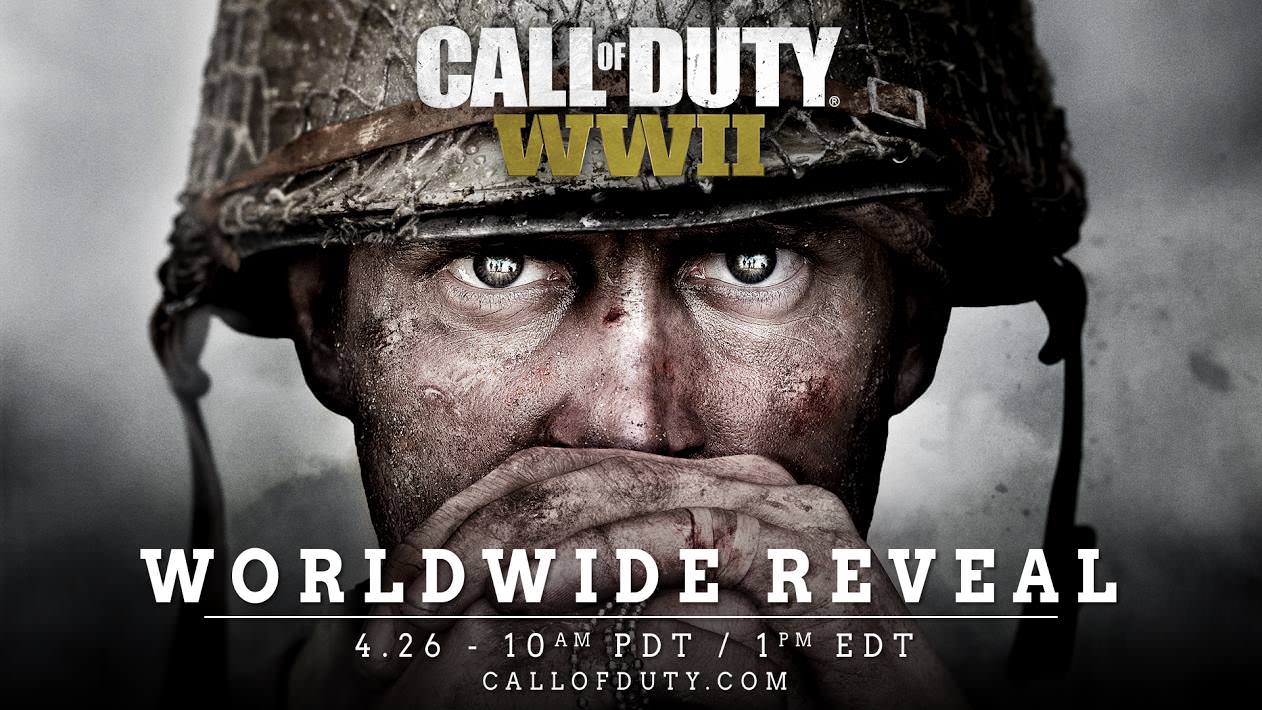 The rumour train has been on the tracks for several weeks regarding the next annual instalment of the Call of Duty franchise, and earlier today some of these rumours were proven to be true. Call of Duty WWII takes the series on a journey to one of history’s great global conflicts, and will feature a series of new mechanics based on the weaponry and vehicles available during the time period.

Call Of Duty: WWII is being developed by Sledgehammer Games, who have previous experience with the series after releasing Advanced Warfare in 2014. To add to the excitement, Activision have confirmed that a worldwide reveal live stream will be taking place on April 26th at 6PM BST. This event will mainly focus on footage of the game in action, but will also reveal the plans that Sledgehammer Games had for the project as it was brought to fruition.

Call Of Duty: WWII is now in development for unconfirmed consoles by Activision for release later this year. If you are interested in seeing more about the game, be sure to visit the official game page of Call Of Duty: WWII, and tune into the live stream when it is held in four days time.