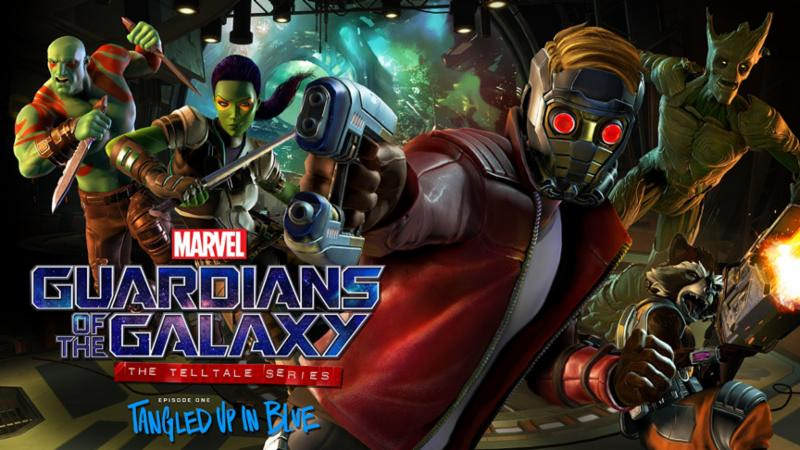 Your much-loved storytellers have released a new title for their expanding vault of narrative based games. Guardians of the Galaxy: The Telltale Series first episode of five is available today April 18th for $4.99/£3.99* approx on PlayStation 4, Xbox One, PC and Mac while also being available on the App Store and Google Play store.

From May 2nd in the US and May 5th for the rest of the world, Guardians of the Galaxy: The Telltale Series will also be available in the form of a season pass which enables you to buy once and have access to all the five episodes as they are released. The Season Pass will cost $29.99/ £22.99*.

The Telltale title will not follow the upcoming film and instead have its own story (although sounds similar), The heroes will find a powerful artefact where each of them desires its power and of course, so does the bad guys. This time around, the baddie is the last of her kind and you’ll go from Earth to Milano to Knowhere and many other places.

Sadly, the actors from the movie won’t be voicing the characters in the game but some famous and familiar names in games will be making an appearance. Nolan North, Scott Porter, Adam Harrington and more will voice the main cast.

The first episode of Guardians of the Galaxy: The Telltale Series is available to download and play today, with the Season Pass available at the start of next month. There is no word yet on when episode 2 will be available but keep checking back and in true Guardians fashion, watch the mixtape trailer below.