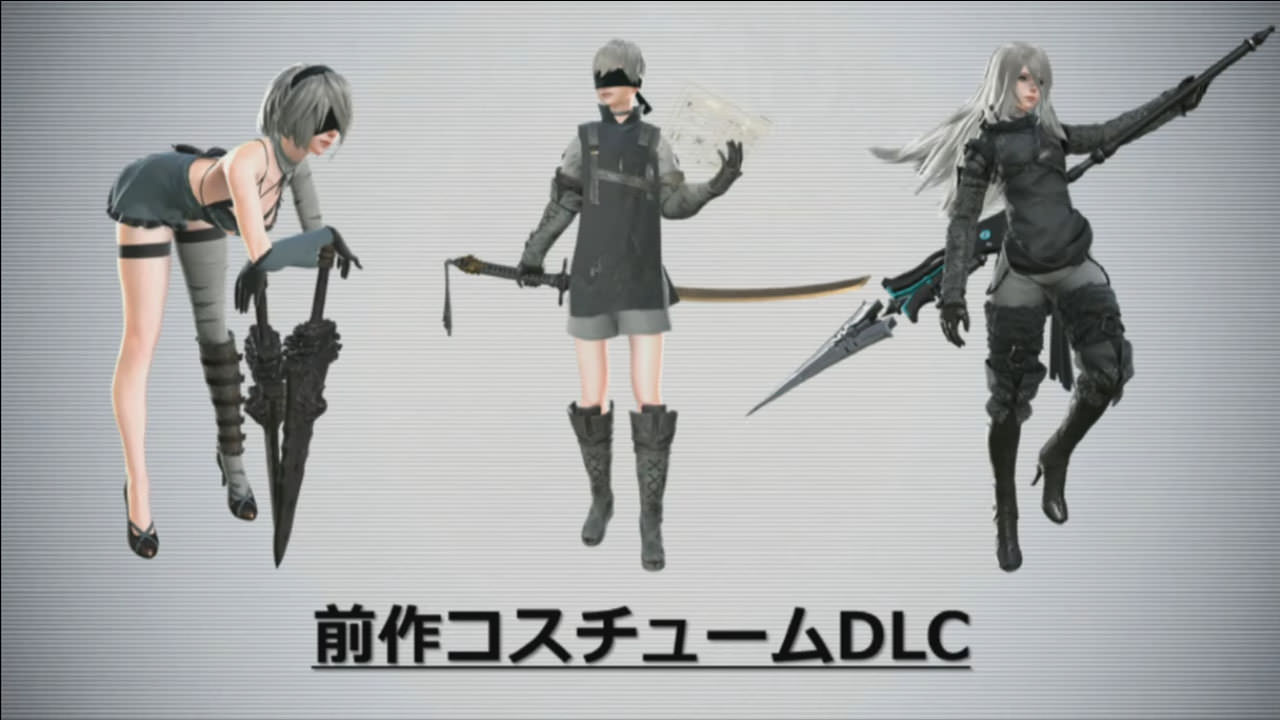 Square Enix have announced the first downloadable content for NieR Automata during the One Million Shipments Commemoration live stream.

The Automata DLC is named 3C3C1D119440927, which will be available to download from May 2nd in Japan for 1,500 Yen and is coming soon to America and Europe with no set release date yet. The DLC will include three new colosseums and sub-quests. Once you complete the quests, players will be able to earn new rewards.

The rewards are as follows.

If you want to see the costumes we have them below.

By join in the new coliseum challenges you can by meeting certain objectives, allow you to gain new rewards such as costumes and hairspray. There is no set release date for the DLC, 3C3C1D119440927 in Europe or North America but keep checking back and we will update you on NieR: Automata’s first DLC pack. The base game is available now and you can pick it up on PlayStation 4 or PC.