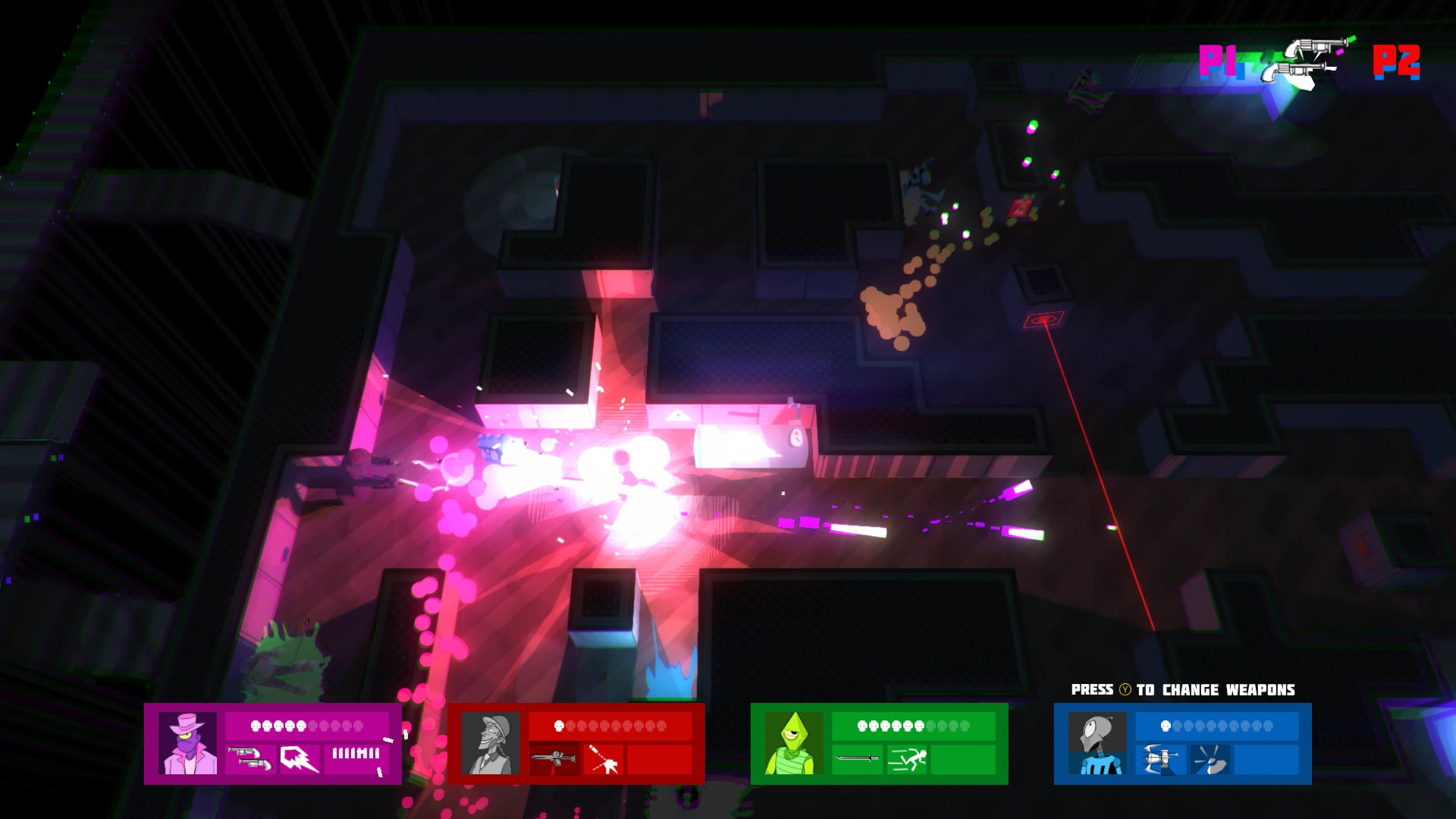 Over the EGX Rezzed weekend the friendly guys and gals down at Versus Evil invited us to meet up with them and see a few of the games they’ll be publishing in the coming year. Meeting at the UKIE office in London’s West End, we sat down for a chat with Steve Escalante, the General Manager of Versus Evil who showed us through some very interesting titles, starting with:

Antihero is a turn-based, digital board game in the vein of titles like Armello and Talisman: Digital Edition. In Antihero, players take control of a thief in Victorian London as they set out to build the greatest thieves guild the city has ever known, while fighting off your rivals in the process. Players win the game by collecting victory points for various actions across the game world, with each map having its own unique victory points up for grabs. The example I was given here was the Masquerade Ball on the appropriately named  Masquerade map, which players could sneak into with the aid of a mask to gain points (and presumably loot the joint while they’re at it).

Within the game, players have a certain number of actions each turn. You can choose to rob a building, attack another player, leave a gang of street urchins to occupy a building for continual gain. There seems to be a decent amount of strategy here, which is crucial for any board game. Different player classes offer the bulk of the diversity in play styles, with character’s like the Thug concentrating on beating the snot out of your opponents, while more nefarious characters like the Saboteur can leave traps in buildings for unsuspecting and presumably clumsy thieves.

It has a charming art style too, with big heads and exaggerated features for the 2D characters, who themselves inhabit a 3D world. Antihero will support both singleplayer and multiplayer, with the latter giving the option of live or hotseat action. Given the amount of fun I’ve had with Armello over the past year, I’ll be keeping my eye on Antihero as it approaches release, which is quite soon now that I mention it. Antihero will be coming to PC on July 12th, with a mobile port in the works. Sadly there are no plans for a console port at this time, but we’ll keep you posted.

Next up was Let Them Come. As game concepts go, it’s about as simple as they get. It’s a fast-paced pixel art shoot ‘em up in which you have to hold out for as long as possible against a seemingly endless horde of alien attackers. Your 80’s action hero-inspired protagonist is stationary, staring down a corridor into the abyss. It’s just you, your gun and shit-ton of ammo against and even bigger shit-ton of aliens.

It might not look like much at first glance, but given that the entire game has been developed by a single guy, it’s not half bad. I, on the other hand, am very bad at it. I had the chance to play it a bit and I have to tell you that I sucked spectacularly. Steve was on hand to show what the game looked like with someone vaguely competent at the controls, but I was assured that my sucking was natural. In fact, it was the point. While each death might seem fruitless, your runs allow you to rack up currency which you can spend on upgrading your guy for the next run. You’re going to die, like a lot, but each death will allow you to make it further the next time. There are also boss fights once you’ve made it past the hordes, providing a further challenge for you to fling your corpse at time and again.

It’s also remarkably pretty. Even if you’re not into the whole pixel-art thing, some of the effects and dynamic lighting are might impressive, especially for a title made in GameMaker. Let Them Come will be coming to PC, mobile and console in summer 2017. As a little aside, the game will also be available as a special Gamechanger charity edition, where you pay $1 more and it goes to charity. Kudos.

Last but certainly not least was Sundown, a fantastic top-down multiplayer shooter with a neat hook. The entire map is blanketed in darkness, meaning the players can’t see their opponents, or even themselves. Players are revealed by walking into areas of light, firing their weapons or by pressing a button that temporarily reveals everyone’s’ location. This mechanics creates a unique dynamic whereby you have to expose yourself in order to figure out where the other players are hiding. Even if you know where they are, you should be careful as firing your weapon will expose you, so you better make sure your shots count.

There are a variety of different maps with their own unique flavours; the map I tried out was a spooky mansion with periodic lighting strikes outside the windows illuminating the map for a split second. Sundown also has several different weapons to suit different play styles, with standard fare like the shotgun and assault rifle as well as some wilder options like a bolt gun which could attach shots to walls and then call them back, shooting unsuspecting foes in the back.

I had a ton of fun with Sundown, which was easily one of the best games I played over the Rezzed weekend. Not too shabby for a game being developed by a team of students for University of Southern California, who have already won a freaking BAFTA for their efforts, picking up the Ones to Watch award at last year’s show. Sundown will be coming to PC and consoles later this year.

And that’s it. A huge thank you to the Versus Evil team for inviting us down and showing us what they have coming up later in the year. 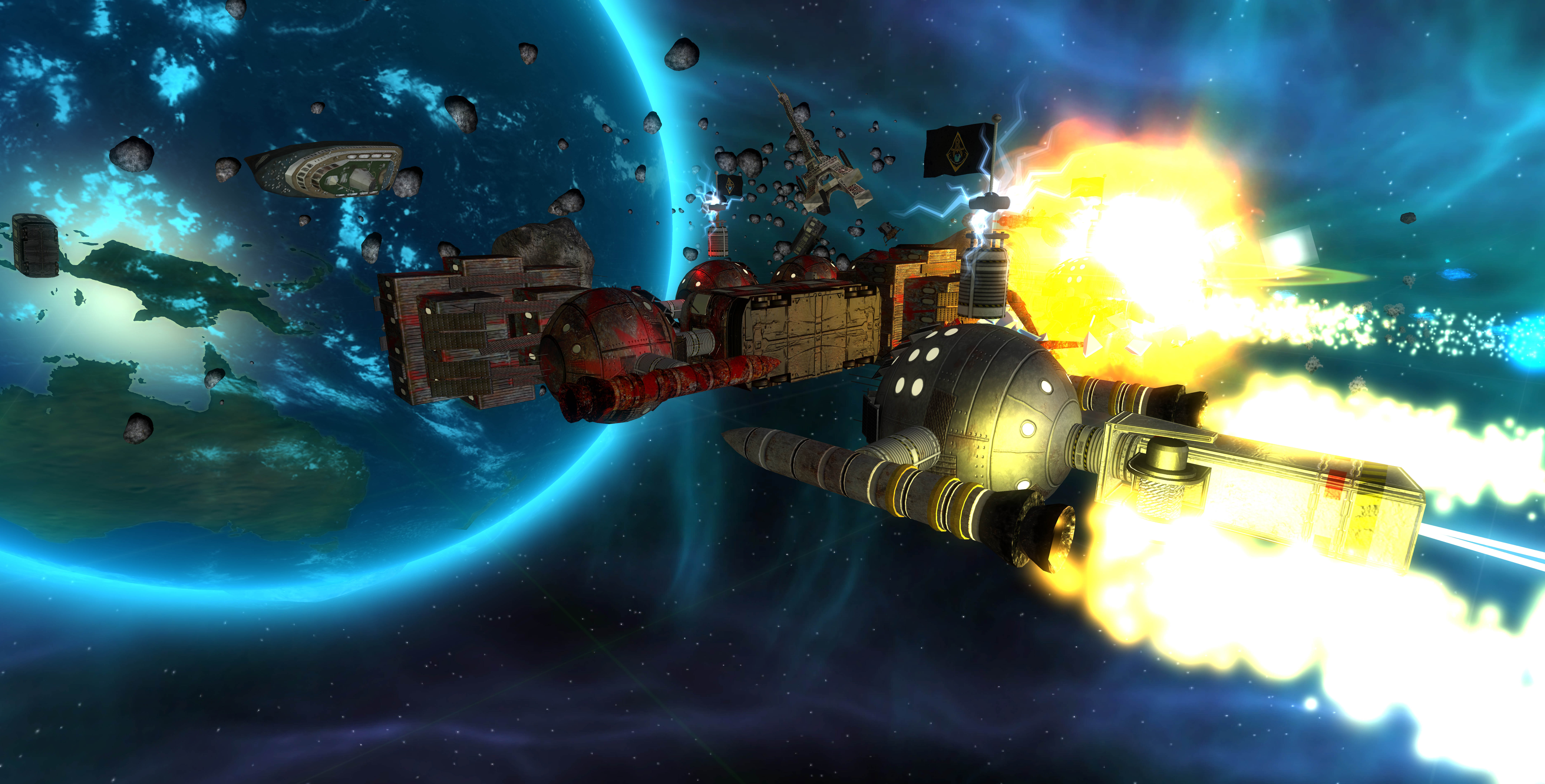