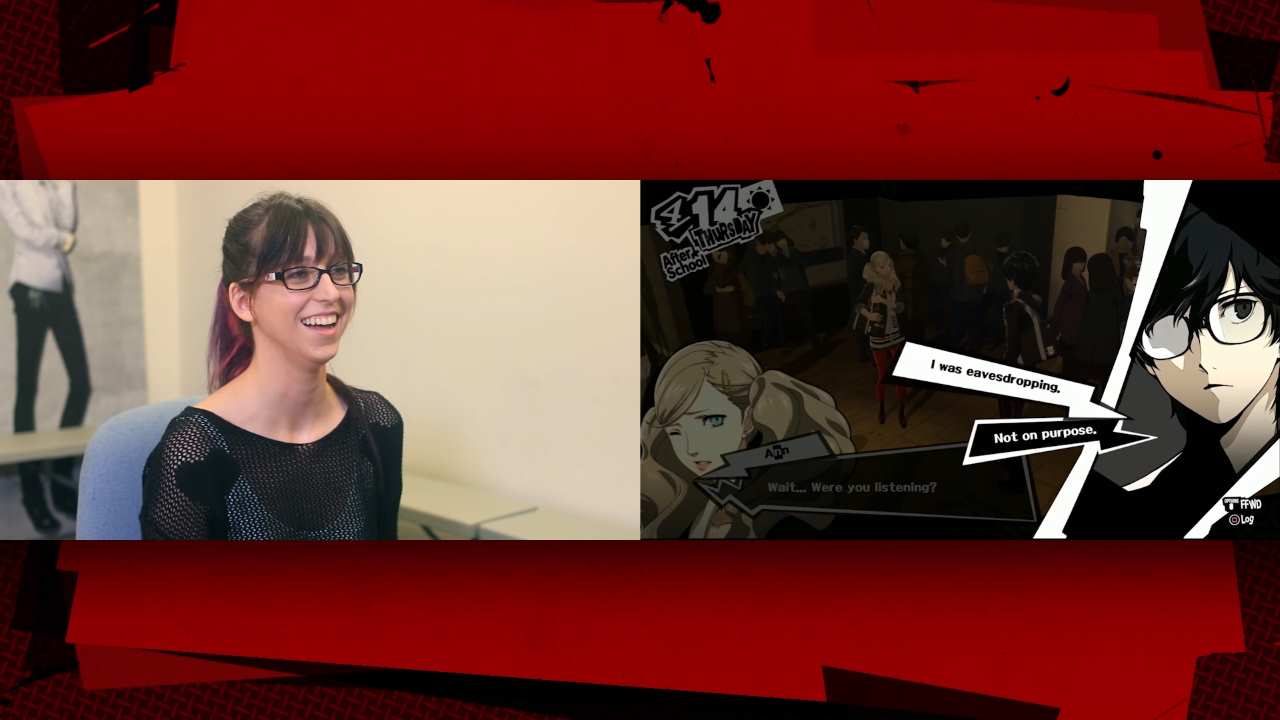 In the last few months, Atlus USA have been revealing the English cast of Persona 5 via several press releases in anticipation of the English release date. With less than three weeks to go until Persona 5 arrives in North America and Europe, Erika Harlacher, the voice actress of Ann Takamaki   was invited to play a portion of Persona 5 where her character is the main focus, and agreed to allow Atlus record her reactions to the finished version of the game, which will be released on PlayStation 4 and PlayStation 3.

This video contains major spoilers for the the opening hours of the game, as well as several character details for the Phantom Thieves, and the devious villains they are about to face. Persona 5 will be released on PS4 and PS3 in North America and Europe on April 4th 2017 through a publishing deal that Atlus have made with Deep Silver, and will retail for £49.99. If you are interested in seeing more about the game, be sure to visit the official game page on the Deep Silver website, see our previous coverage of Persona 5 and watch Erica’s let’s play video which has been provided below.