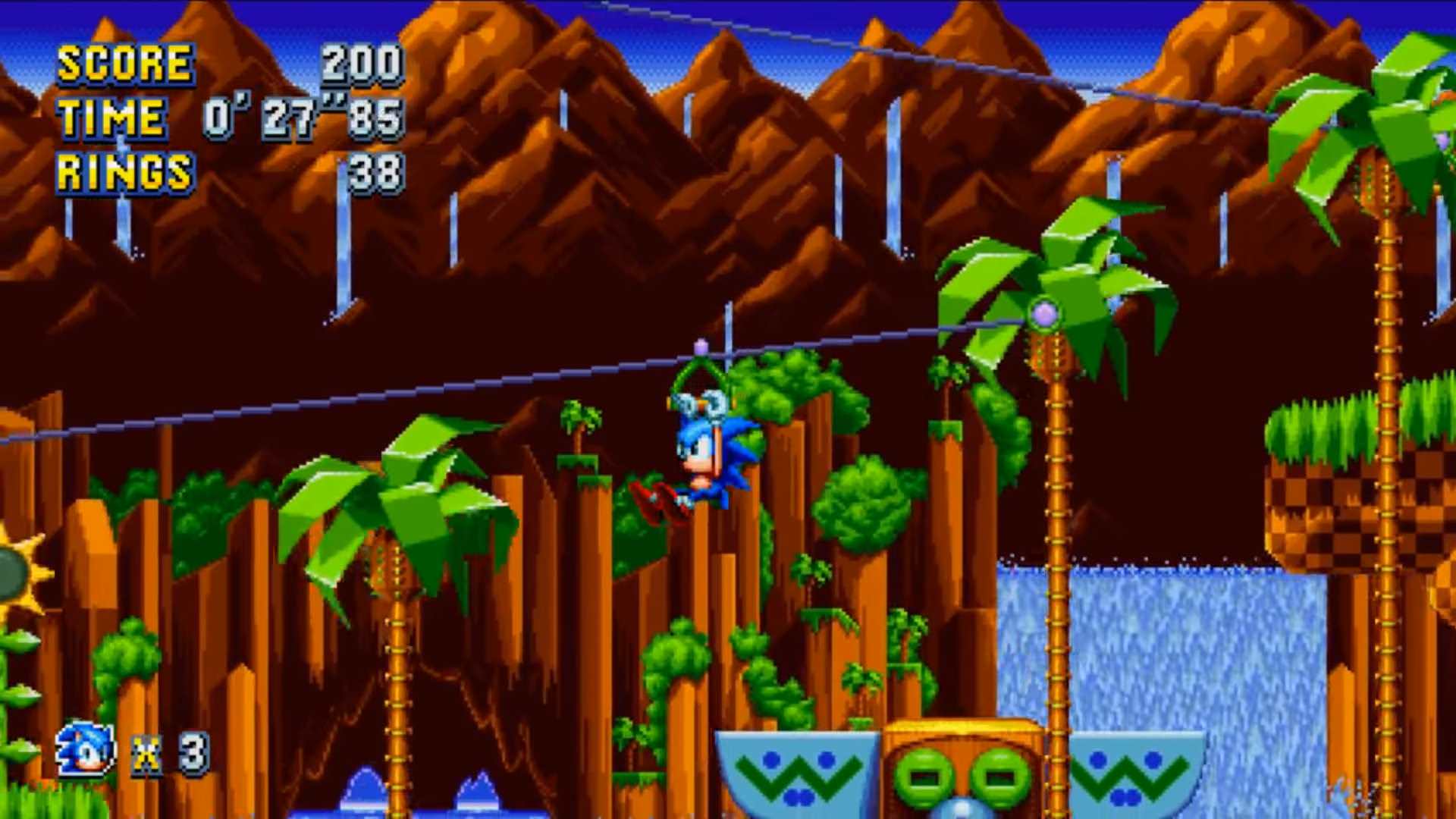 It has been a little over four months since we have seen new footage of Sonic Mania, and it definitely has been worth the wait. This time around, SEGA have decided to show us the second act of their remixed version of the legendary Green Hill Zone, the very first level which appeared in the original Sonic the Hedgehog back in 1991. As well the palm trees and grass we have come to know and love, this time around several unused elements from the beta versions of the zone have been implemented. These include background sprite art such as the totem figures, and the underwater sections which have never appeared in any version of the level until now.

As well as the new zone footage, it was also announced that the ability to control Tails with a second controller, which was used in both Sonic 2 and Sonic 3, will return in Sonic Mania. The feature is now known as 1.5 Player Mode, and will be available on every version of the game when it arrives later this year. The final piece of new information concerns the boss enemies, which generally appear at the end of every act to stop Sonic and his friends progress to defeat Dr Eggman. As well as the normal type bosses we have seen previously,  a variant known as Hard Boiled Heavies will make their debut. These new antagonists have particularly devious abilities, which will force you to rethink your play through strategies when they make their appearance. The first Hard Boiled Heavy to be shown is named Heavy Gunner, and will hound any speeding characters who enter his territory within the first act of the Studiopolis Zone.

To see the debut of the second act of the new Green Hill Zone, be sure to watch the two videos provided below. Sonic Mania will be released on PC, PS4 and Xbox One in 2017. If you are interesting in seeing more about the game, be sure to visit the official game page on the SEGA website, and watch the reveal of Knuckles and Tails which was revealed back in October 2016.