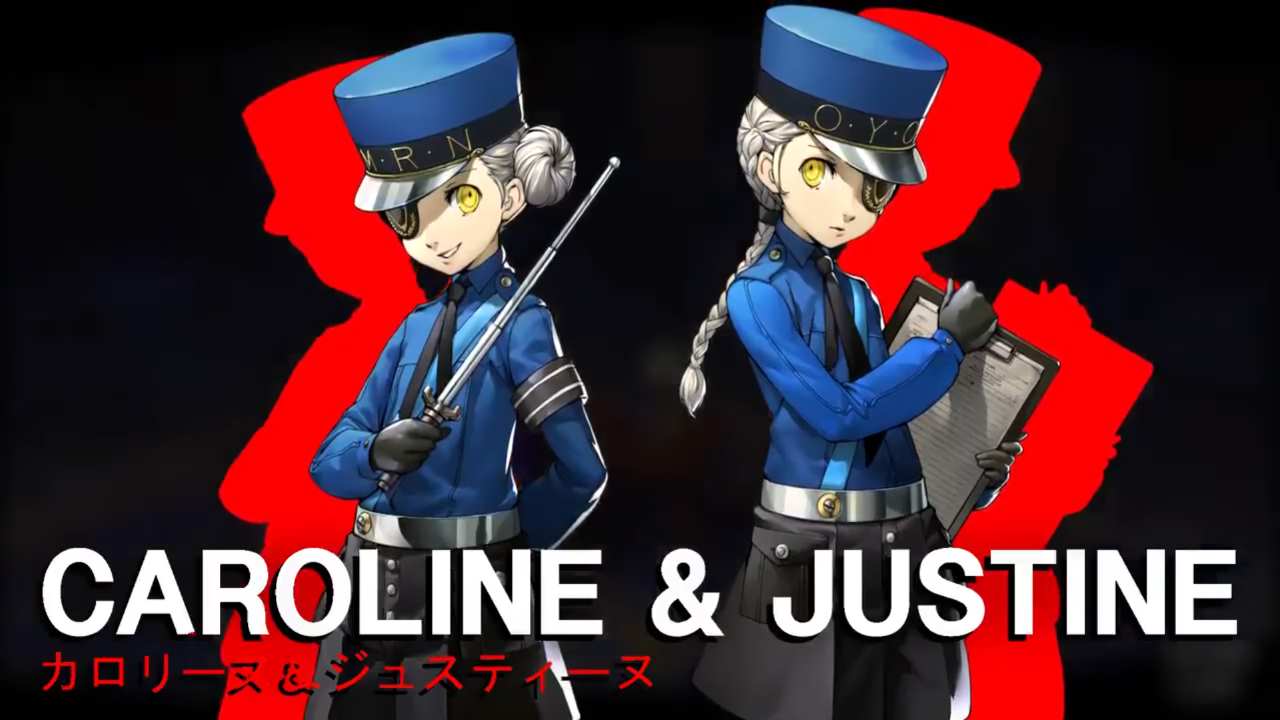 It has been a few weeks since the last English dubbed Confidant trailers were revealed for Persona 5 by Atlus USA. With only twenty eight days until the localised version of the game arrives on store shelves, the developers have revealed one of the remaining Confidants who will be part of your social circle. As well as helping each character with their individual life goals, the optional Confidant side quests provide various forms of assistance to the Phantom Thieves efforts. These include providing discounts on their services, or unlocking abilities which will make it easier to explore the various Palaces which have been created by a series of corrupted individuals.

The latest Confidant trailer for the localised release focuses on Caroline and Justine, the two assistants who reside in the Velvet Room. These twin figures are the Confidant of the Strength Arcana, and they also fulfil the roles provided by Elizabeth and Margaret in previous Persona titles. In order to reach the higher ranks of their story arc, you will be required to create Personas with specific abilities which cannot be obtained using the traditional fusion methods. In other words, they will need to inherit the abilities from the Personas that are used to create them. The English voice actress for both of the twins is Carrie Keranen, who has previously voiced characters such as Irina in Xenoblade Chronicles X.

Persona 5 will be released on PS4 and PS3 in North America and Europe on April 4th 2017 through a publishing deal that Atlus have made with Deep Silver, and will retail for £49.99. If you are interested in seeing more about the game, be sure to visit the official game page on the Deep Silver website, see our previous coverage of Persona 5 and watch the latest English Confidant trailer which have been provided below.