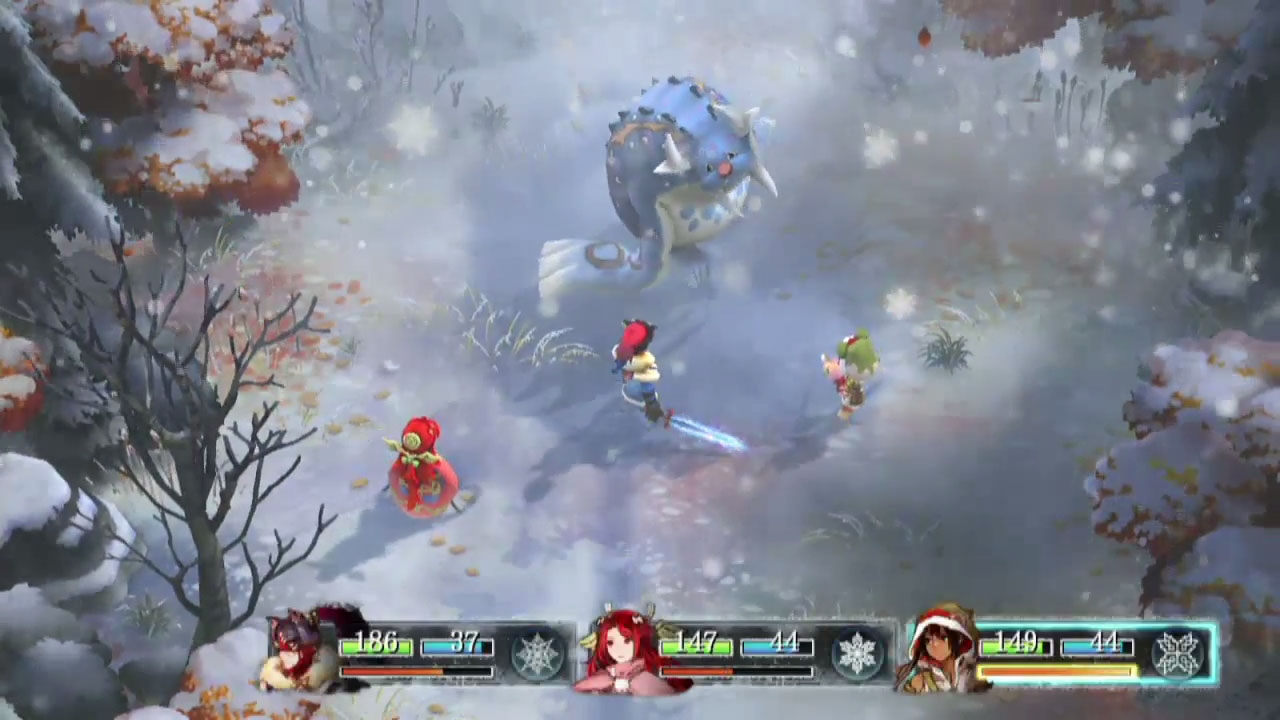 Eight months have passed since Square Enix released I AM SETSUNA, the first game project from Tokyo RPG Factory, it’s newly formed internal studio that is focused on creating new JRPG’s in the style of their infamous back catalogue. Fans of the game, or anyone who is looking to see a classic styled RPG come to the Nintendo Switch will be pleased to learn that the game will be available at the console’s launch exclusively through the Nintendo eShop.

I AM SETSUNA is a 16 bit styled adventure set in a world of eternal winter, where a young woman named Setsuna is chosen to be a sacrifice for please the forces of evil. The game includes an Active Time Battle system which was used in the SNES time travelling masterpiece Chrono Trigger, as well as an equipable accessory system which involves using crystals to boost a player’s stats and teach them new abilities. I AM SETSUNA will be released on the Nintendo Switch in Europe on March 3rd 2017 by Square Enix. If you are interested in seeing more about the game, be sure to visit the official game page, and watch the launch trailer which has been provided below thanks to the Square Enix UK YouTube Channel.