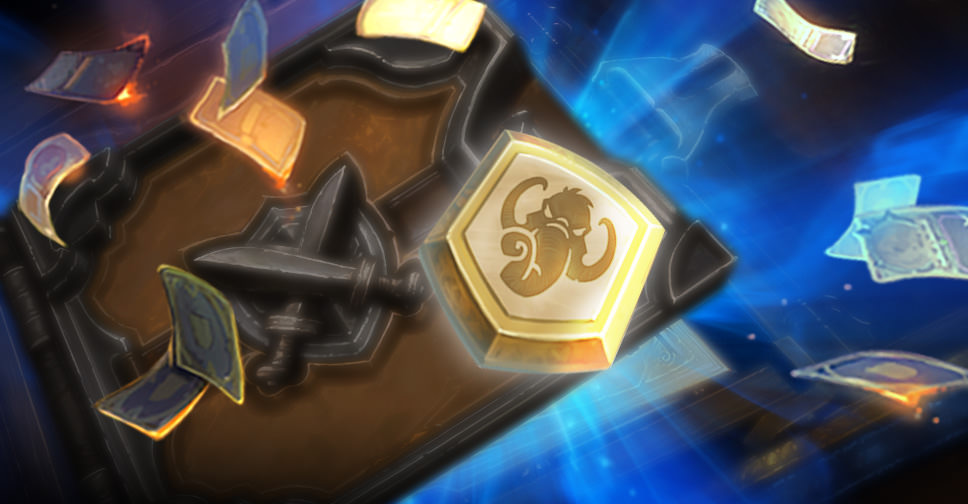 In deckbuilding titles it is always important to make sure things are fresh for older players, while also making it accessible to new players who have not collected every card in the game known to man.

Blizzard are also going to add six cards to the Hall of Fame, Neutral and Class cards, this is because they show up in many decks and reduce the chances of new cards having an impact, more so for 5+ mana cards. The cards being added to the hall of fame are:

Good news for those who use those cards, if you have any of them in your account (up to the maximum you can put in your deck), you will get the full dust value of any card in the Hall of Fame.

How Adventuring and Expansions will work in Year of the Mammoth

At their core, Adventures paint colorful and thematic stories about the Hearthstone universe. Imagine being able to learn about the history and lore behind each of our sets inside the game in a similar way! Defining who the Jade Lotus are through a series of battles between the Mean Streets of Gadgetzan families would have been a great way to supplement the overall Gadgetzan story arc. That concept is something we would like to do more of in future sets: Take the storytelling and cool missions of Adventures, and combine them with the card pools of expansions.

Cards will still be in the packs like other expansions previously but Blizzard are also going to include a host of single player missions to develop the narratives and offer different challenges to the competitive side of the game.

As mentioned, cards will be heading into the Wilds and it is basically the decks from 2015; Blackrock Mountain, The Grand Tournament, and League of Explorers are going to be exclusive to the Wilds with Blizzard hoping it will be “more exciting than ever before”.

If you want to read the full blog post on the changes for Year of the Mammoth, head over the Hearthstone Blog.