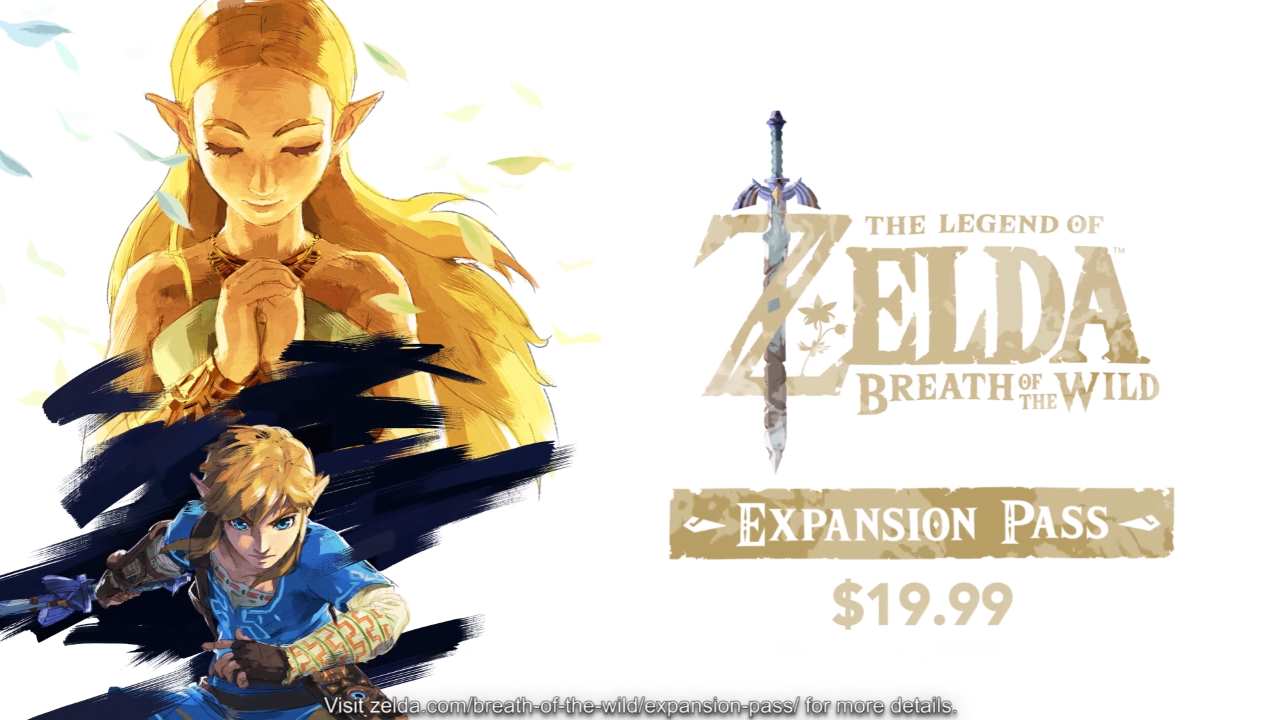 Over the last few years, Nintendo have started to offer season passes for their downloadable content, most notably with Mario Kart 8, which provided new characters and tracks for the already expansive kart racer. This trend is set to continue, with the news that The Legend of Zelda – Breath of the Wild will receive two pieces of DLC later this year, and that you can purchase them together using an Expansion Pass, which will be made available on the same day that the game launches worldwide for £17.99.

If you purchase the Expansion Pass, you will receive several additional bonuses right from the start, such as three new treasure chests in the game’s overworld, and new items of clothing that are not available anywhere else in the game. The first DLC Pack will arrive in the Summer, and will include an additional difficulty mode for the game, a in game map feature and a new challenge located in the Cave of Trials. The second DLC Pack will arrive towards the end of the year, and will include a brand new original story, an extra dungeon to complete and several challenges to further enhance the quality of the game.

The Legend Of Zelda Breath of the Wild will be released on the Nintendo Switch and Wii U on March 3rd 2017 by Nintendo, and will retail for £59.99. If you are interested in seeing more about the game, be sure to visit the official game page on the Nintendo website, see our previous coverage of the latest Zelda title, and watch the official reveal trailer of the additional content which has been provided below.