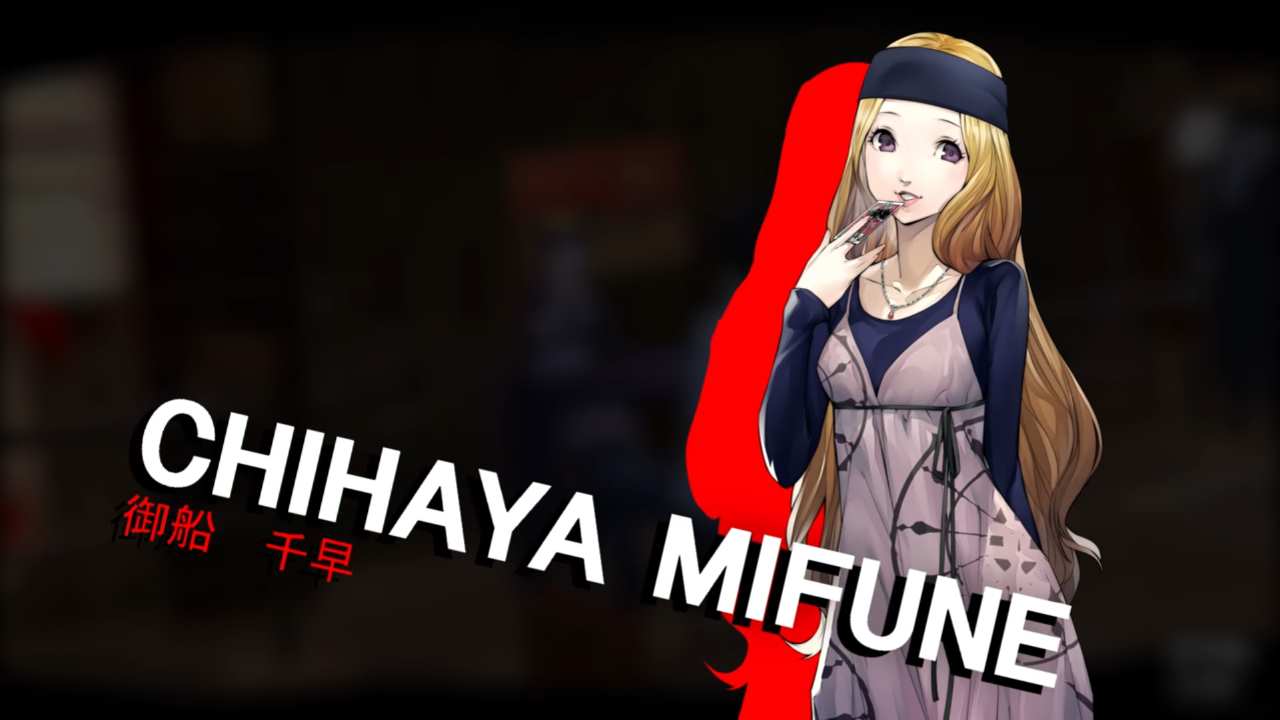 The European and North American release date of Persona 5 is now less than three months away, and now that the main characters have been showcased, Atlus USA is continuing to focus on the Social Link characters, which are now known as Confidants. As well as helping each character with their individual life goals, they will offer various forms of assistance to the Phantom Thieves efforts in return, such as providing discounts on their services, or unlocking abilities which will make it easier to explore the various Palaces which have been created by a series of corrupted individuals.

First up in this selection of characters is a street psychic named Chihaya Mifune, who is the Confidant of the Fortune Arcana. She is fascinated about how the protagonist is able to dramatically alter his future, and wants to examine his future on regular occasions to help her own skills. If you choose to interact with Chihaya, you will earn the ability to increase your relationship with other Confidants, as well as other abilities such as seeing the next reward that you will unlock from levelling up your relationship a specific Confidant.

The second character to be shown is a magazine journalist named Ichiko Ohya, who is the Confidant of the Devil Arcana. She seems to be highly interested in the exploits of the Phantom Thieves, and agrees to write positive articles about the group in return for information. If you decide to level up your Confidant relationship with Ichiko, it will become easier to you to escape enemy encounters whilst you are inside the Palace dungeons. Fans of the series will recognise that Ichiko is voiced by Amanda Winn Lee, who voiced Yukiko Amagi in Persona 4.

Persona 5 will be released on PS4 and PS3 in North America and Europe on April 4th 2017 through a publishing deal that Atlus have made with Deep Silver, and will retail for £49.99. If you are interested in seeing more about the game, be sure to visit the official game page on the Deep Silver website, see our previous coverage of Persona 5 and watch the next two English Confidant trailers which have been provided below.