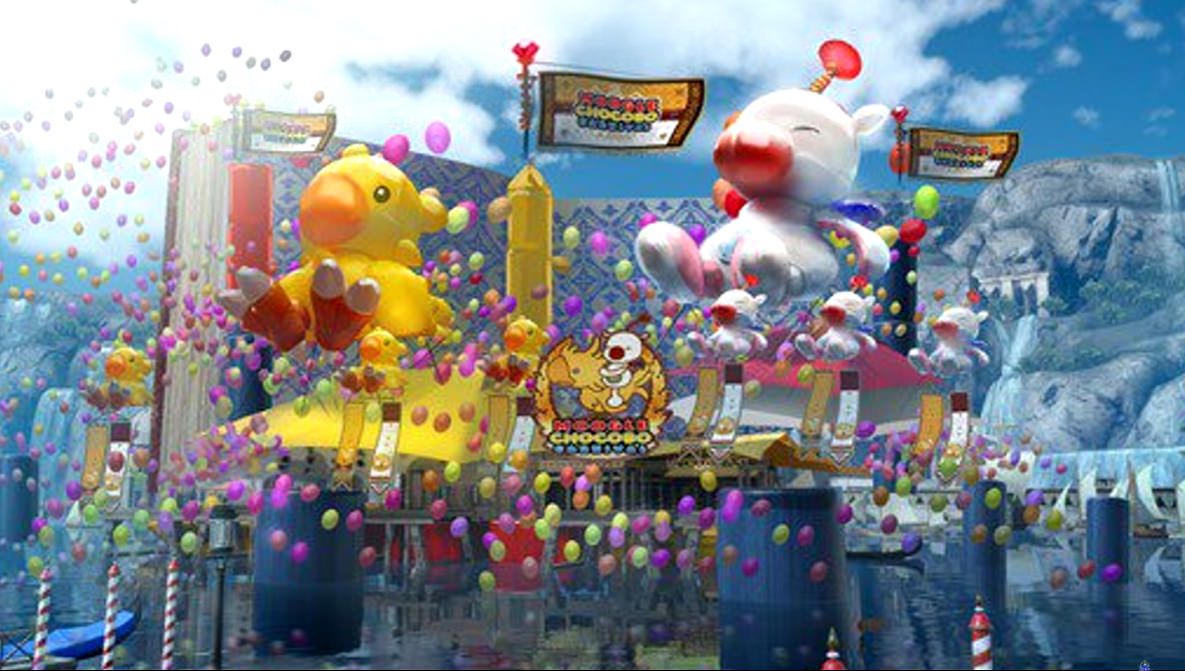 The Moogle Chocobo Carnival is in town! Players of Final Fantasy XV who have downloaded the Holiday DLC pack (which is free!) can use their carnival pass to access this adorable event that is taking place in Altissia. Please note that you will have to reach this point in the game if you wish to access this content. The carnivals influence has spread throughout the city and not only has it changed the decor, but has added a ton of new little features that fans of the Final Fantasy series and newcomers alike should love. Season Pass owners and those who have the premium Holiday Pack + will also receive some more in-game content. This includes a festive carnival-themed, mariachi-inspired ensemble, for Noctis to wear both inside and outside of the carnival in exchange for medallions won during the event.

A shooting mini game, new food options, photo ops, Chocobo races, clothes and even some dancing events means there is plenty for you to be getting on with until the carnival leaves. Along with this, the free update also contains a new manual photography feature letting players take pictures when and where they want as well as unlocking a few new items available for purchase:

Avatar (Xbox One only)

A surprising amount of content in a free update but welcomed nonetheless. We enjoyed our time with Final Fantasy XV and this type of content, alongside the upcoming DLC character missions, is exactly what the game needed to keep players coming back. Also, the carnival can be a nice break from the post-game madness, so enjoy it while you can.