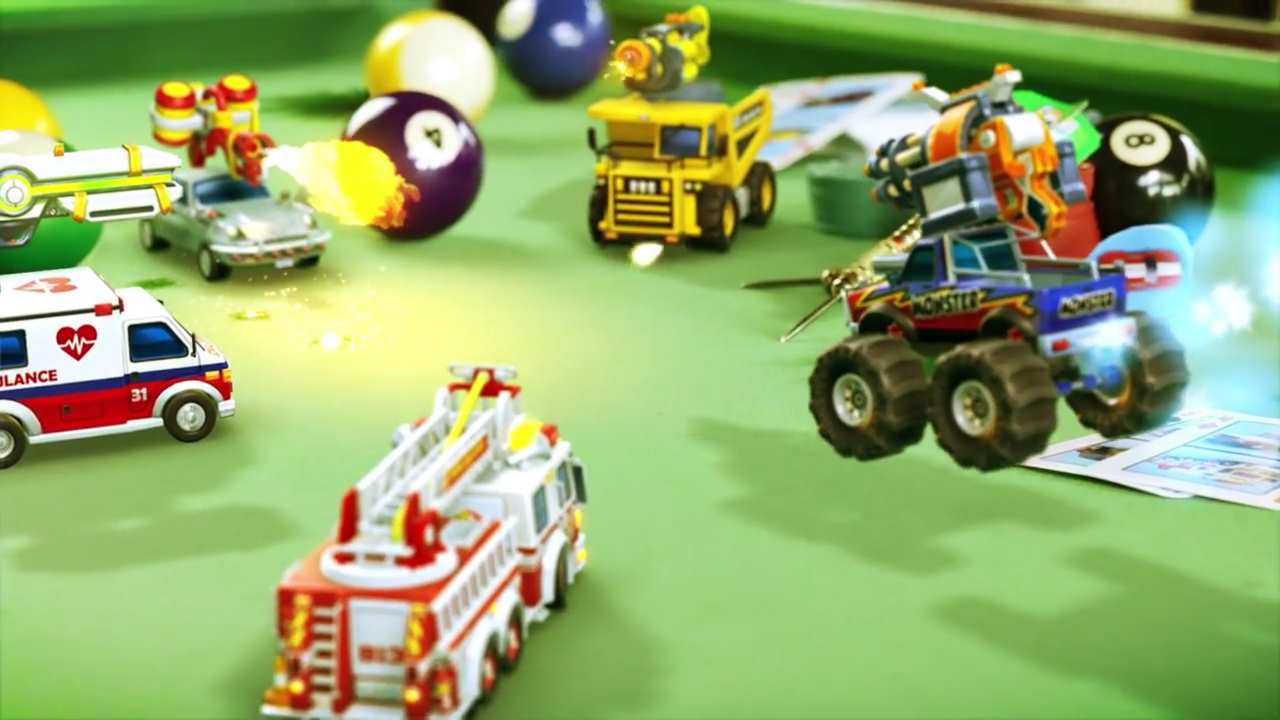 Back in the 80’s and 90’s, Codemasters released a series of games based on Hasbro’s Micro Machine range of toy cars, which were some of the most popular racing games released for the NES, the Sega Mega Drive and the Super NES. Various sequels and spin offs have appeared over the years, and earlier today, it has been revealed that the minature sized driving experience is headed to PS4, Xbox One and Steam for the first time in Micro Machines World Series. The fan favourite race and elimination modes are set to return, as well as an all new Battle Mode which can be played against the computer, or with friends via the internet or a local co-op set up. The initial teaser trailer doesn’t reveal any direct footage, but it does show some real world examples of the trademark gameplay that will be on offer.

Micro Machines World Series is due to be released in Europe in April 2017 for PS4, Xbox One and PC. Are you excited to see this new reboot come out on Steam and home consoles? Let us know what you think in the comments below, and be sure to watch the first teaser below which has been provided below.