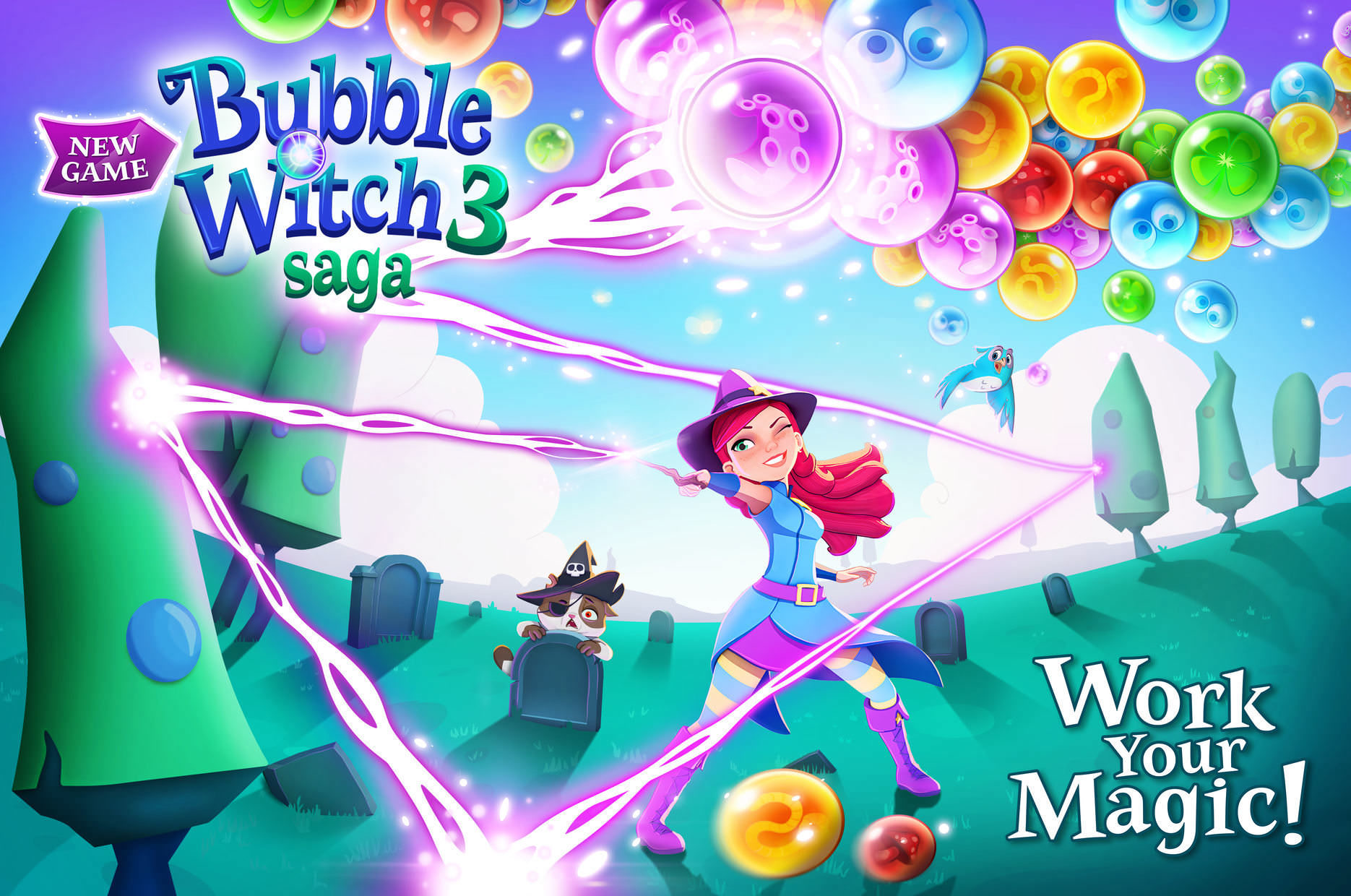 King, the creators of one of the world’s most popular mobile game franchises, Candy Crush, have just released Bubble Witch 3 Saga, the third instalment of the hit Bubble Witch Saga franchise. Developed by King’s Barcelona studio, the team that created the previous instalments in the Bubble Witch series along with Papa Pear Saga, Bubble Witch 3 Saga will offer players exciting new features and challenges.

Bubble Witch 3 Saga sees players rejoin Stella, the titular witch who is now a little older and wiser than she was in previous instalments. Wilbur, the lazy fat cat from the series makes his return but this time as the antagonist of the story when he kidnaps the fairy queen. Stella must battle against the fiendish puzzles laid down by Wilbur to rescue the kidnapped queen. Bubble Witch Saga 3 features an increased narrative focus compared to previous titles, and King titles in general, as well as several gameplay alterations and improvements which seek to refresh the bubble shooter genre.

One of the major new game elements is Stella’s House, where players can help rebuild her home after it is destroyed by Wilbur. Players fill their star bar by collecting Star Dust, which in turn allows them to customise and upgrade her house. There are also a selection of new bubbles and boosters and a more accurate ‘aiming line’ feature which enables greater precision when shooting your bubbles. Finally there are also a host of new game modes to mix up the experience and keep things fresh including:

“We’re excited to be launching Bubble Witch 3 Saga today”, said Juan Perez, Producer on Bubble Witch 3 Saga at King. “With this third instalment in the Bubble Witch franchise, we set out to enhance the player experience even further by evolving the narrative, improving the quality of the graphics and creating fun and innovative new gameplay features. In particular, we think players will enjoy the new ‘aiming line’ which offers more precision and accuracy, and for the first time you can now customise and rebuild Stella’s House. We hope people enjoy the wide variety of fresh and exciting challenges that lie ahead of them in this magical new game.”