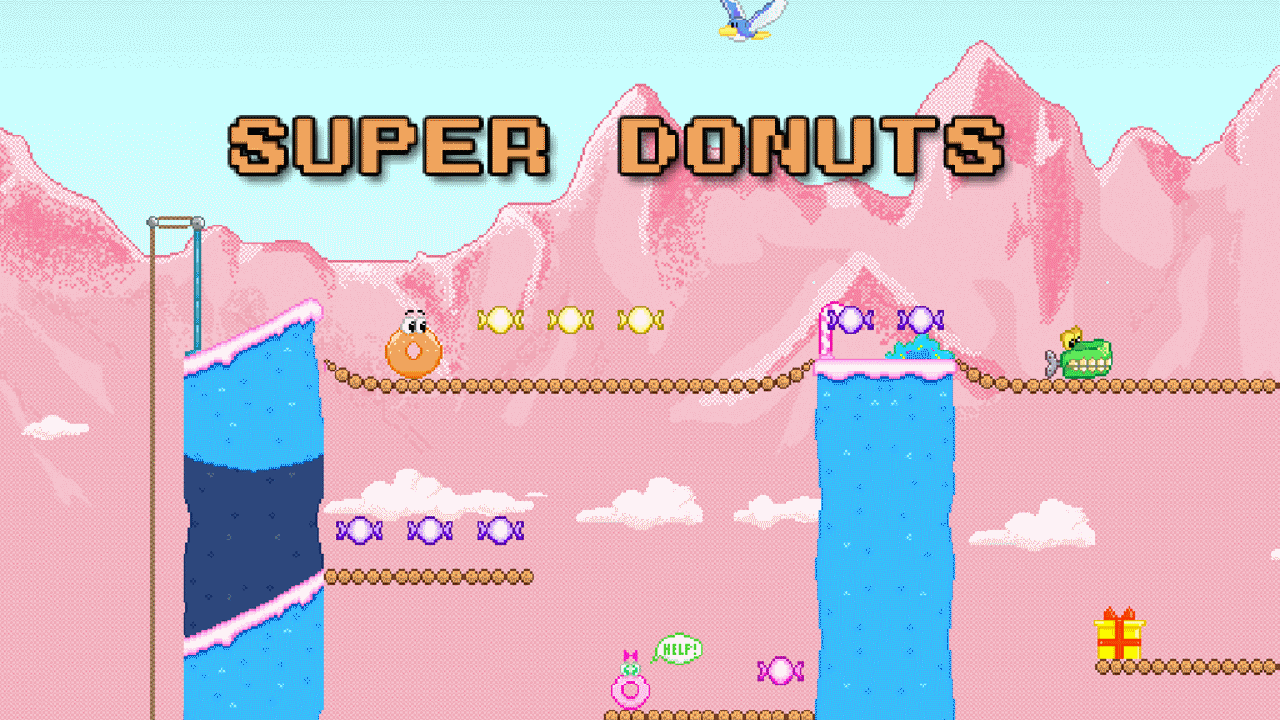 The great thing about the current generation of gaming is that smaller games can reach public distribution with very little effort. In the true example of history repeating itself, it is similar to the days when small indie projects were made available via floppy disks that were free gifts with gaming magazines, and even sold at stores such as the now defunct Woolworths. A young computer game graduate named Nick Westwood has decided to follow in their footsteps of such prolific developers such as Matthew Smith, who developed the near infinite Jet Set Willy, and release his own 16 bit styled project for distribution on the App Store and Google Play.

Super Donuts is a 2D platformer in which you play as a cartoon Donut. Your goal is to get from one side of the level to the other, collecting various sweets and avoiding enemies along the way. As you venture through each sweet inspired world, you must collect the missing Baby Donuts that have been scattered throughout each area in order to open the exit, in a similar manner to collecting all the key pieces in the recently developed Rad Rodgers World One. With a very modest funding goal of £250, Super Donuts is a game that definitely deserves a chance to be officially distributed, as it is an example of the true spirit of what indie games are meant to be all about, without a single micro-transaction anywhere in sight.