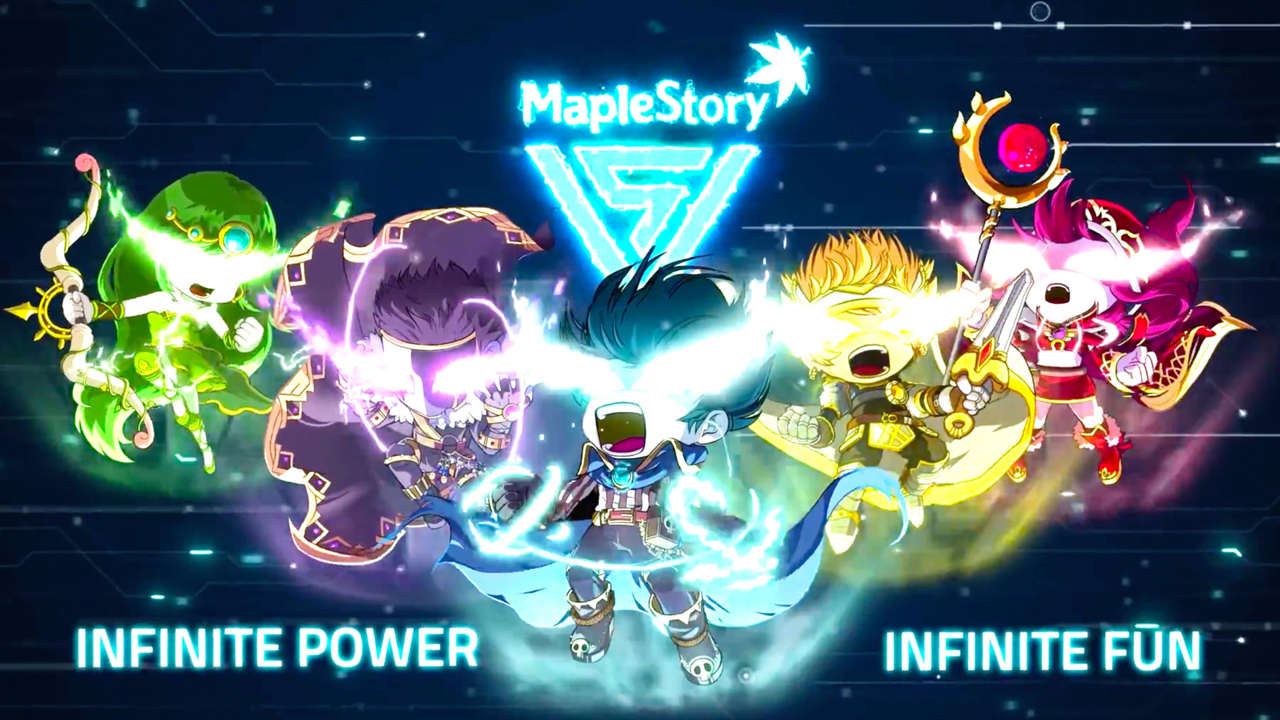 MapleStory fans can rejoice with the new Update V for the title which Nexon have said “the game’s biggest in nearly ten years” which brings a host of new long awaited improvements.

Players will now be able to gain a 5th job and a reduced leveling curve so that fans who are eager can progress more quickly and try out the new content which is available. Nexon have also removed the max power damage cap and introduced the V Matrix Skill System which allows heroes the freedom to choose what skills they want to master and combine. There are also two new areas to explore called Arcane River which has two area the Vanishing Journey and Chu Chu Island, each have a number of new characters, quests and monsters. You’ll need to be level 200+ for Vanishing Journey and level 210+ for Chu Chu Island.

Along with the internal systems, several other improvements have been made to the game which include UI improvements, bug fixes, different quest lines, in-game events and an increase in inventory space to a total of 128 slots.

MapleStory will also be celebrating a couple of events from December 17th titled V Hot Day with the level requirement level 30+, Zero characters must have also completed upto chapter 2. These events will allow you to reap rewards such as V Coins, Spell Traces, Festival Badge, Tab 8 Slot Coupon and 1.5x EXP Coupon. There are also a range of other events, V Box Day (Dec 15 – Jan 17) and Mesoranger V (Dec 15 – Jan 17) as well as some theme holiday events starting from December 15th.

There is a lot going on in MapleStory and if you want to find out more Update V or the different events you can find all the details in the Update V patch notes.