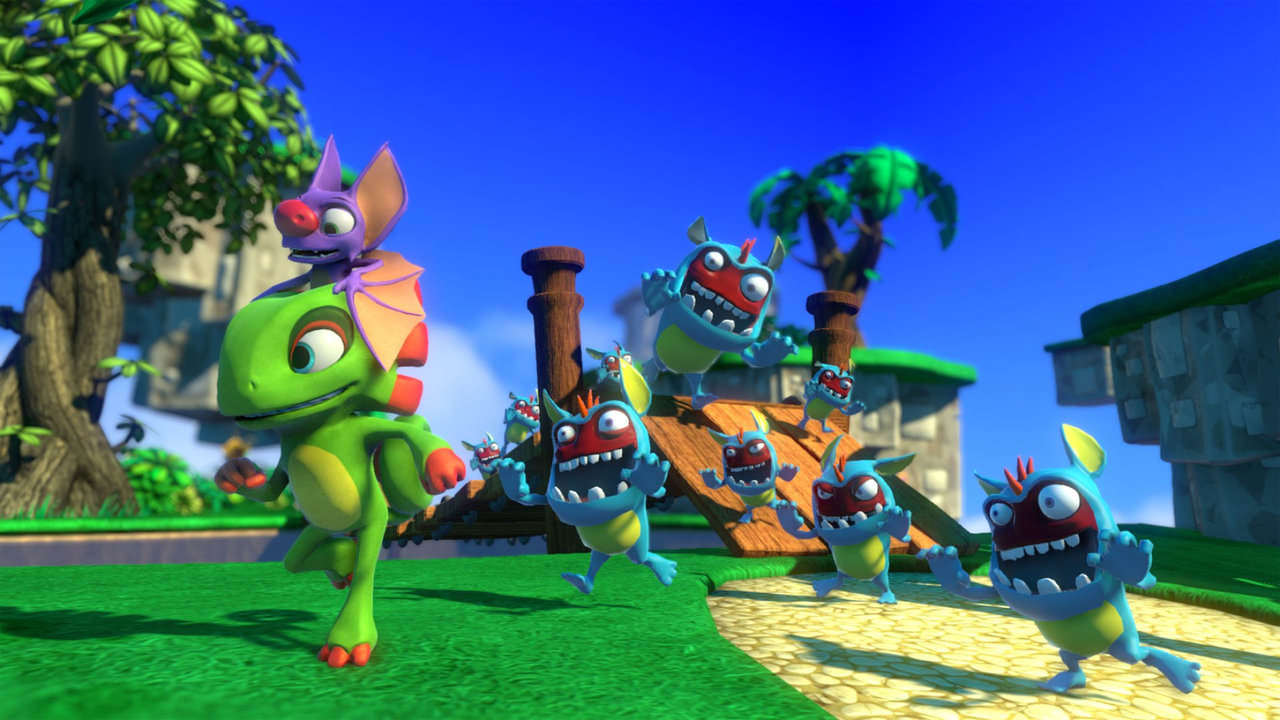 Thanks to the kind donations of the many Kickstarter backers in May 2015, the development of Yooka Laylee, the spiritual successor to Banjo Kazooie was allowed to proceed. The developer Playtonic Games has today revealed that the development of the game is nearing completion, and they have announced the final release date will be in the first few weeks of April 2017.

Along with the good news, they also had to reveal a small piece of news which will disappoint a number of fans. The Wii U version of Yooka Laylee has officially been cancelled. The developer has promised that everyone who chose the Wii U as their selected platform will be allowed to choose another platform free of charge, which will include the port of the game for the Nintendo Switch, which was also announced earlier today.

To help numb some of the pain which this announcement will undoubtedly cause, a whole new trailer has been released showing the illustrious gambling filled world of Capital Cashino. This world is the home of the game’s main antagonist, so you can be sure that Capital. B will be making his drones work especially hard to eliminate the bat and chameleon before they can disrupt his plans.

Yooka Laylee will be released on PC, PS4 and Xbox One on April 11th 2017 thanks to a publishing deal that Playtonic Games have made with Team 17. If you are interested in seeing more about the game, be sure to watch the latest trailer which has been provided below.