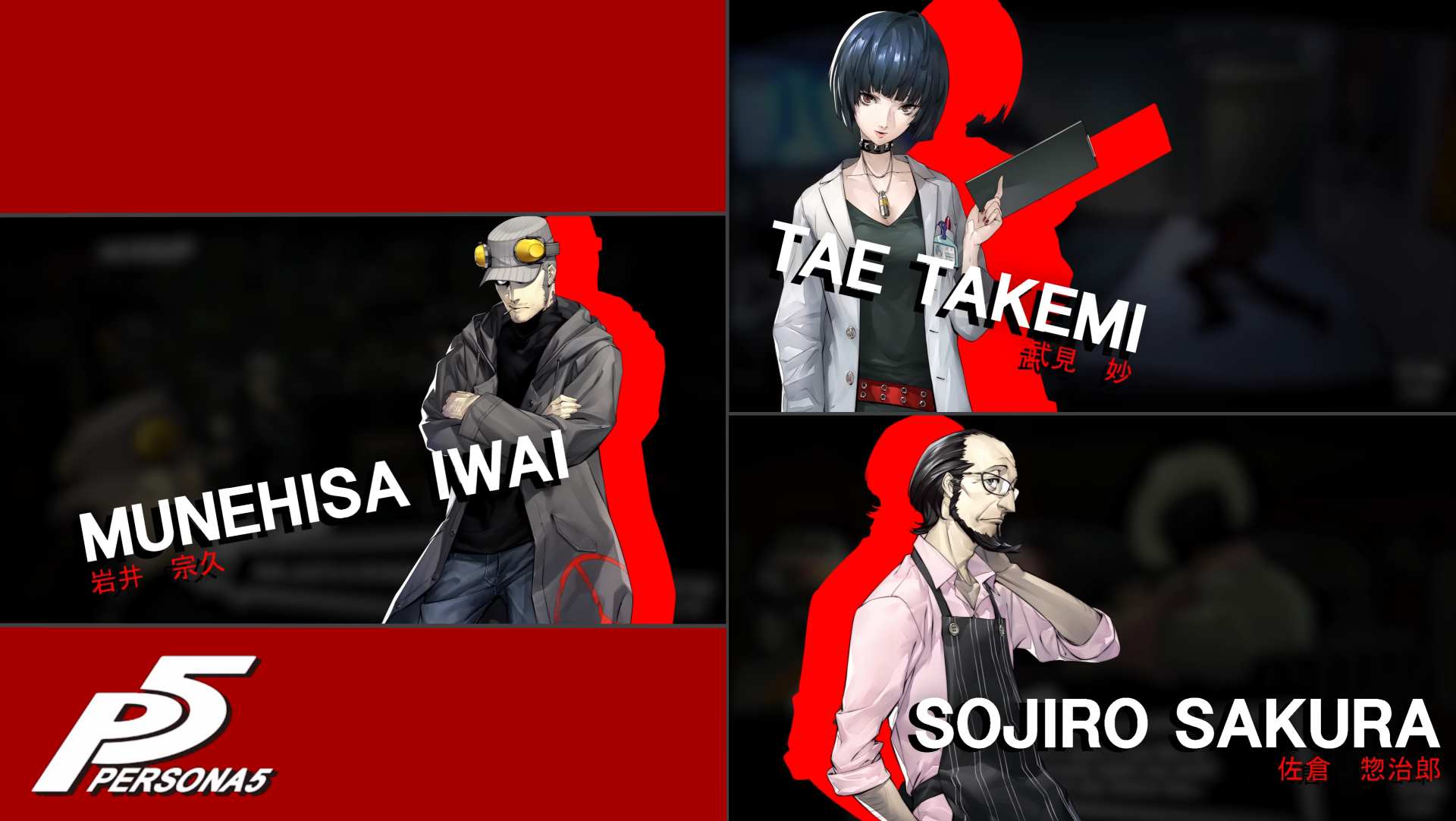 Officially known in Japan as Co-Ops, the Social Link system from the Persona games is now known as Confidants for Persona 5, which makes sense considering the purpose of the Phantom Thieves. These people have their own stories to be told, and if the Protagonist helps them with their own issues, new abilities will become unlocked which will allow the group to become stronger as a result.

The first Confidant to be revealed is Munehisa Iwai of the Hanged Man Arcana. He appears to be a former soldier, with a past that he is more than eager to try and run away from. He runs a hardware shop named Unbreakable by day, but at night he runs an underground operation and tries to get the protagonist to become part of the operation. Completing this Confidant route will unlock stronger weapons, as well as the ability to create custom bullets for your guns.

Next on the list is Sojiro Sakura of the Hierophant Arcana. Like Ryotaro Dojima from Persona 5, he is your effective parental guardian for the game, except there are no family ties. He owns a small coffee shop named Cafe LeBlanc, and the Protagonist lives in the bedroom above the store. Although he is a stern figure, he has a kind heart underneath and will teach the Protagonist how to brew coffee and make curry, both of which will become essentials as they allow a character to recover SP when used.

The final character to be unveiled is Tae Takemi of the Death Arcana. She is a medical student who runs her own clinic just around the corner from Cafe LeBlanc. Tae is trying to make several experimental medicines, and if the Protagonist agrees to become the guinea pig for her chemical endeavours, she will allow you to buy medical supplies from her clinic. As your relationship with her grows stronger, you will gain access to better items, as well as discounted rates on particular items that she keeps in stock.

Persona 5 will now be released on PS4 and PS3 in North America and Europe on April 4th 2017 through a publishing deal that Atlus have made with Deep Silver, and will retail for £49.99. If you are interested in seeing more about the game, be sure to visit the official game page on the Deep Silver website, and watch the first three English Confidant trailers which have been provided below.