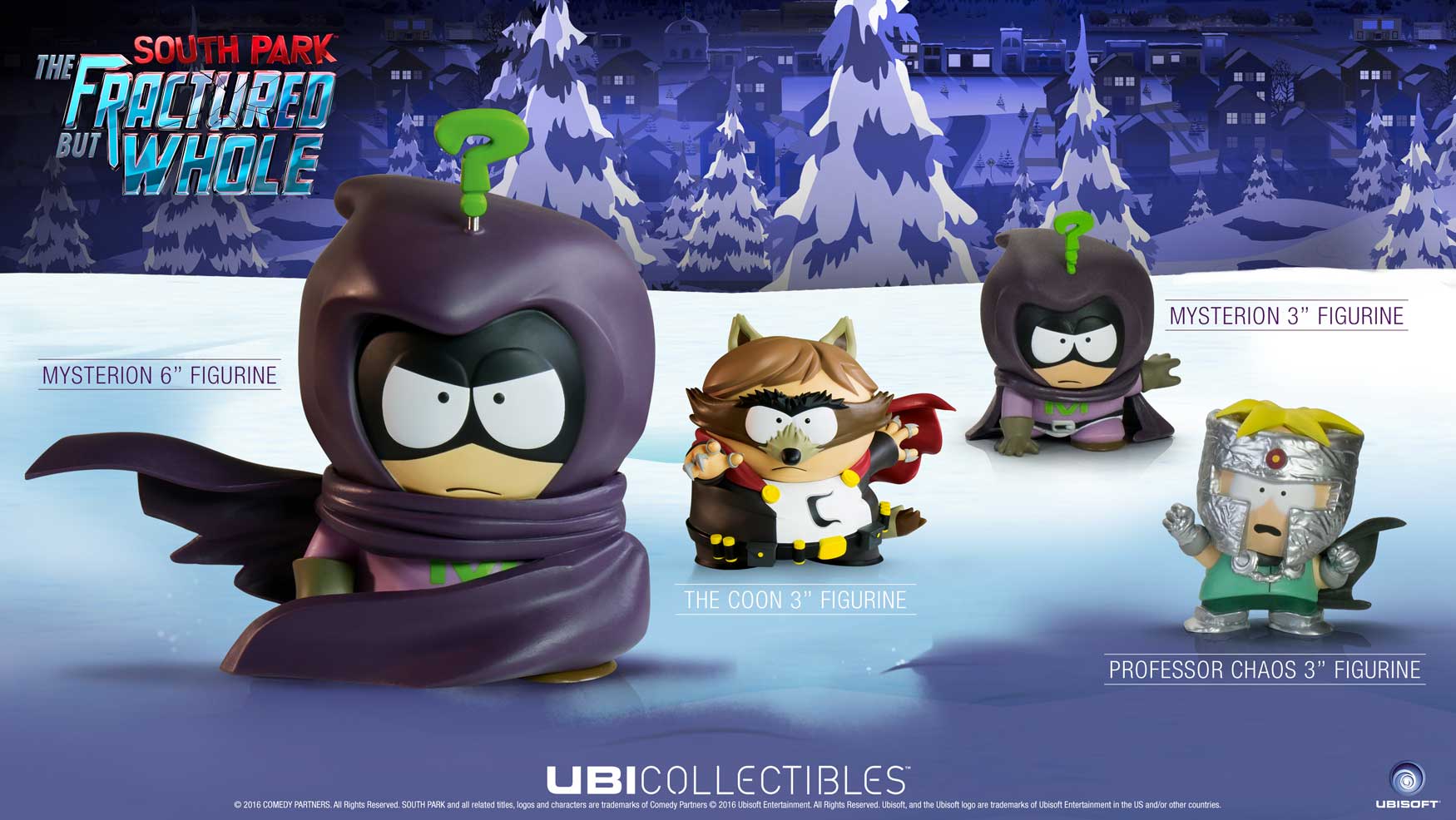 Ubisoft have announced the next South Park game, South Park: The Fractured But Whole is going to offer four official exclusive figurines for gamers via the Ubisoft Store.

The team at Ubisoft teamed up with South Park Studios to make sure that the collectibles were as faithful to the characters as they could possibly be. You’ll be able to get the following figurines:

Butters Stotch’s villainous alter-ego has chosen to dedicate his life to bring chaos to the world with ambitions of becoming the greatest supervillain the world has ever seen! Professor Chaos is available in a 3” size.

Kenny is posing in his magnificent Kangaroo briefs. When violence and darkness take over, he fights, sometimes alone, helped with his a real super power: he can’t stay dead! This figurine is available in a 3” size.

The superhero alter-ego of Kenny is posing standing in the wind, ready to rid the streets of crime. He is the symbol the town needs. A watchful protector, a silent guardian… A fallen angel. The figurine is available in a 6” size.

The official South Park: The Fractured But Whole figurines will be available to buy over at the Official Ubisoft Store.

South Park: The Fractured But Whole