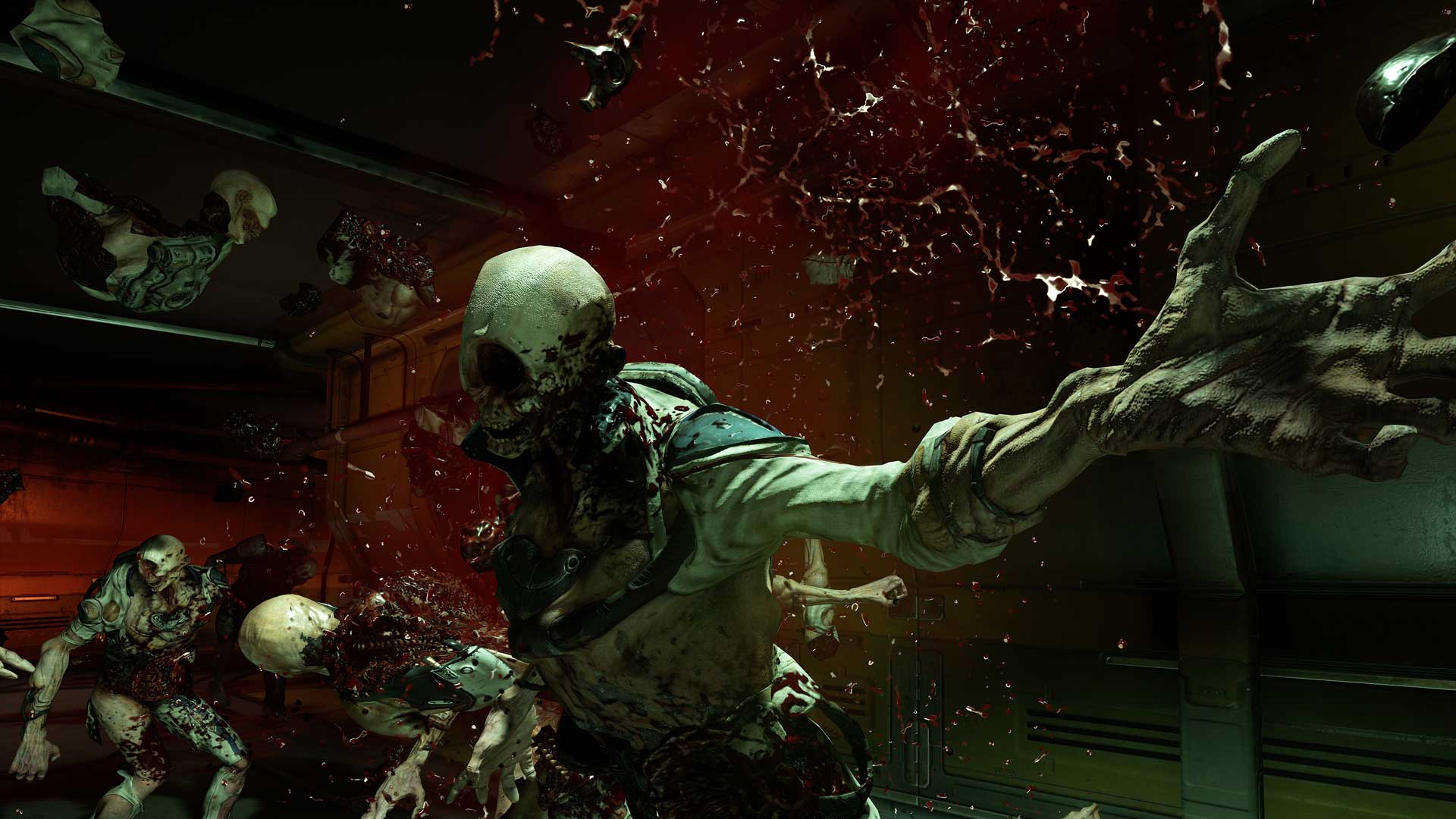 Bethesda have released a new gameplay trailer showing of content which will be available in Update 5 for DOOM and a release date for Bloodfall.

Some of the main additions are a new competitive mode where teams fight for control of a ball and score in the opponent’s goal called Infernal Run and the additional of AI bots which are available to use in Deathmatch and Team Deathmatch game modes. Multiplayer ranks have also been extended to Echelon 11 where you’ll unlock the signature DOOM Marine Praetor Suit Armour.

To celebrate the release of the free update 5, Double XP is available for DOOM’s multiplayer content ending on December 12th at 5PM GMT.

With more good news, Bethesda have also announced the release date for Bloodfall, which will be available on December 15th for PlayStation 4, Xbox One and PC. This will be the third and final DLC available for DOOM which lets you play as  the Spectre Pinky across three new maps with the power to be invisible.