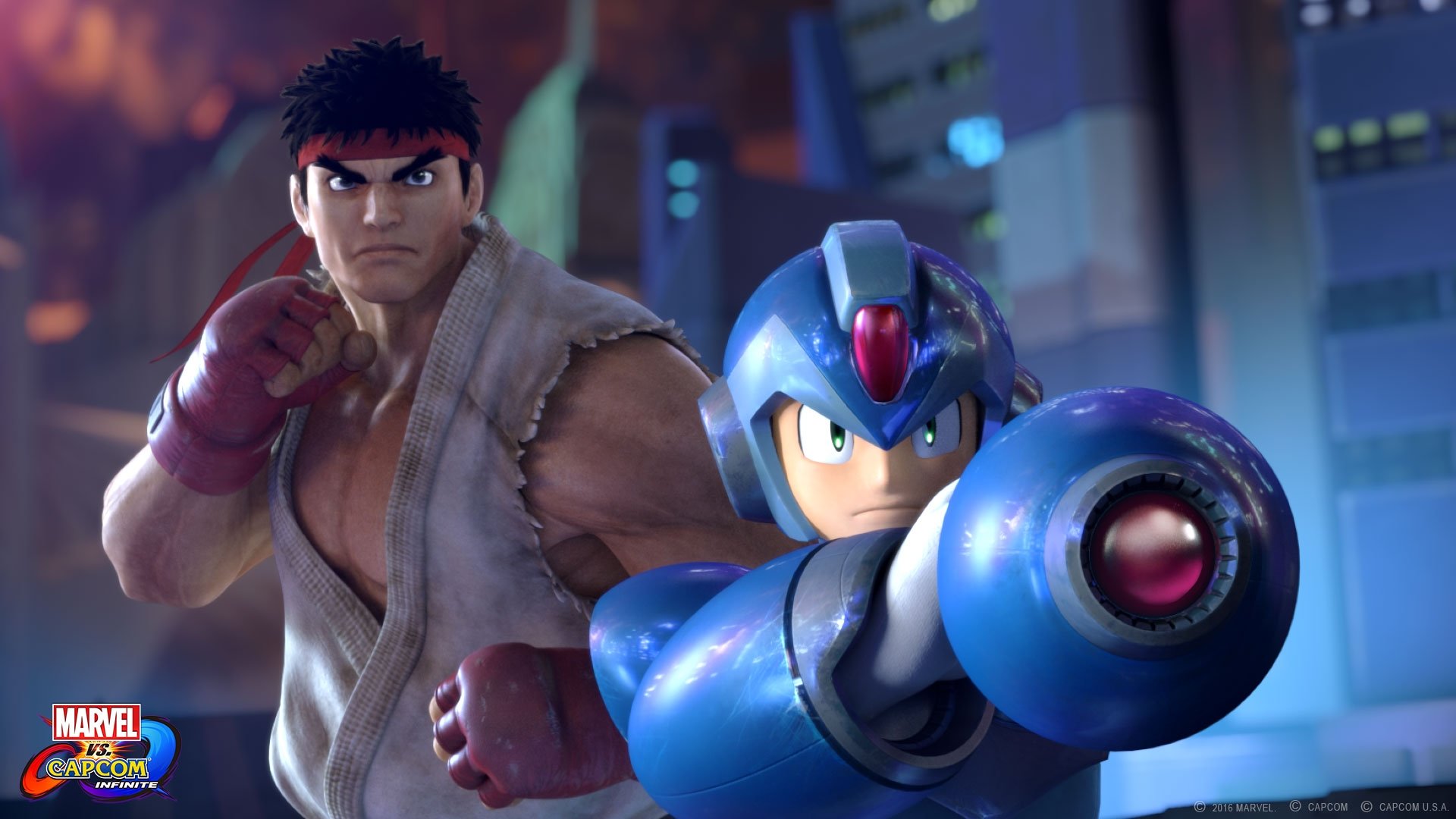 Capcom have announced the next instalment in the Marvel vs Capcom franchise will be Marvel vs Capcom: Infinite. They made the announcement at this years PlayStation Experience 2016 with a debut trailer which opens with Mega Man and Ryu joining forces to take on Iron Man. They both fire projectiles and grab the Infinity Stones out of the air, while Ryu wields the Power Gem and runs in to punch Iron Man. The Infinity Stones have been a key aspect in the Marvel universe. In game, they boost characters’ attributes during fights.

Captain Marvel then descends and joins Iron Man’s side to retaliate against the duo. She’s in control of the Time Gem which she uses to dodge Ryu’s attacks then unleash a flurry of moves while he’s defenceless. Iron Man flies by and shoots rockets at Mega Man forcing him to retreat. The trailer ends with all four colliding and the Marvel vs Capcom: Infinite title appearing on the screen, followed by a brief appearance of Ultron shrouded in darkness sat atop a throne, and the confirmation of a 2017 release date. It’ll be coming to PS4, Xbox One and PC.

“For the last two decades, Marvel Vs. Capcom has been one of the most celebrated franchises among fans,” said Marvel Entertainment’s executive producer Mike Jones. “To deliver on that legacy, we’ve worked closely with Capcom to create a game that honors the heritage of the series and combines Marvel’s unique brand of storytelling with Capcom’s world-class gameplay. We’re raising the bar with Marvel vs. Capcom: Infinite and are excited for players to get their hands on it next year.”

“It was deeply inspiring for our development team to join forces again with Marvel and we can’t wait for our fans to experience the benefits of that collaboration first hand,” added Michael Evans, director of production for Capcom USA.“With Marvel vs. Capcom: Infinite, our goal is to provide memorable experiences and infinite gameplay possibilities for players of all skill levels.”

One key difference to previous games is that the game is 2v2, rather than the previous 3v3 format. You can read the full list of features below:

To celebrate the announcement, Capcom have also made Marvel vs Capcom 3 available to download and play on PS4 today. It’ll follow on Xbox One and PC in March 2017.

You can watch the full Marvel vs Capcom: Infinite gameplay trailer below, which is an in-game re-enactment of the teaser trailer.