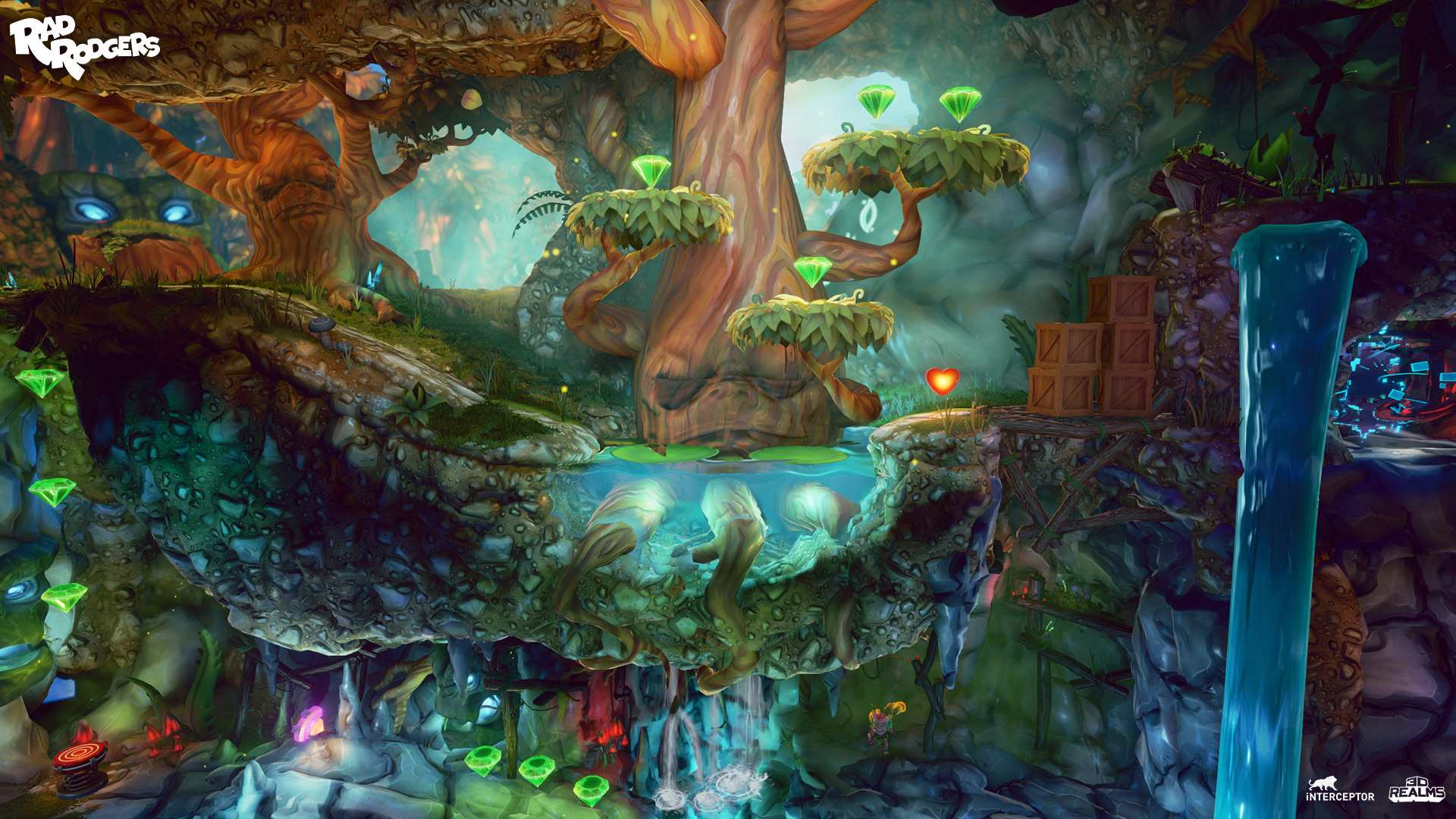 Any video game fans who lived through the 90’s will remember the golden age of the platformer genre, with titles such as Sonic the Hedgehog, Mario and Bubsy the Bobcat being just a few of the most notable releases. Rad Rodgers: World One, a run and gun platformer by 3D Realms, the makers of the Duke Nukem series, is heavily inspired by the Amiga classic Ruff and Tumble. The story concerns the journey of a young boy who is sucked into a video game world after turning on a games console he obtained from a car boot sale. In order to get home, he joins forces with a disgruntled talking game console named Dusty, who is voiced by non other than Duke Nukem himself, Jon St. John, who proves to both a hinderance with his less than agreeable temperament, and a help with his ability to transform into a vast variety of gadgets and weapons. If you want to play the game, you will be pleased to know that both Steam and GOG.com have Rad Rodgers: World One on their Early Access services for you to buy immediately. Best of all, you will receive the final version of the game, along with additional content when the full version of the game launches next year.

Rad Rodgers: World One is now available on PC, thanks to the support of it’s Kickstarter supporters. If you are interesting in seeing more about the game, be sure to visit the official website, and watch the launch trailer provided below.