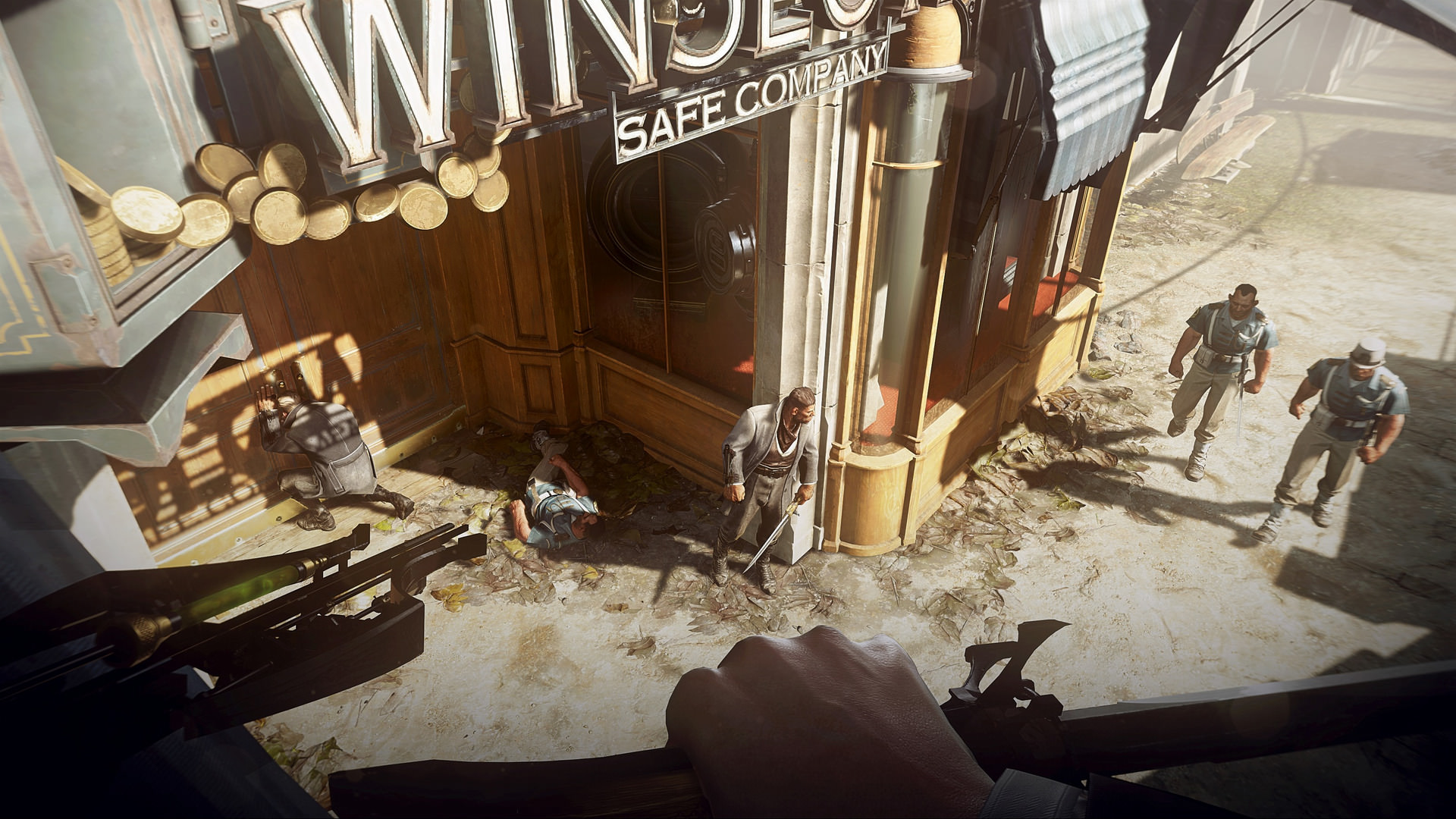 Dishonored 2 is officially released today and available to all those that did not preorder the game to play it a day early.

Playable on Xbox One, PlayStation 4 and PC, Dishonored 2 sets you back in the role as masked assassin Corvo Attano, but this time around you can also play as Empress Emily Kaldwin. With a range of different abilities, playing as Emily will allow you to explore, sneak and assassinate through Karnaca, a once beautiful coastal city.

“We’re thrilled to announce that Dishonored 2 is now available worldwide. The project was a labor of love, and it makes us incredibly happy to craft this kind of experience for our players”

The game centres around Emily as her throne is taken by Delilah, a mad witch with powerful black magic and an army of mechanical robots and mad witch underlings who bleed from the eyes.

“Whether you’re #TeamEmily or #TeamCorvo, thank you for your time and your passion. We hope you love the game as much as we do.”

If you have already been playing the game, don’t forget to tell us what you think by leaving a review over on our Dishonored 2 game page.