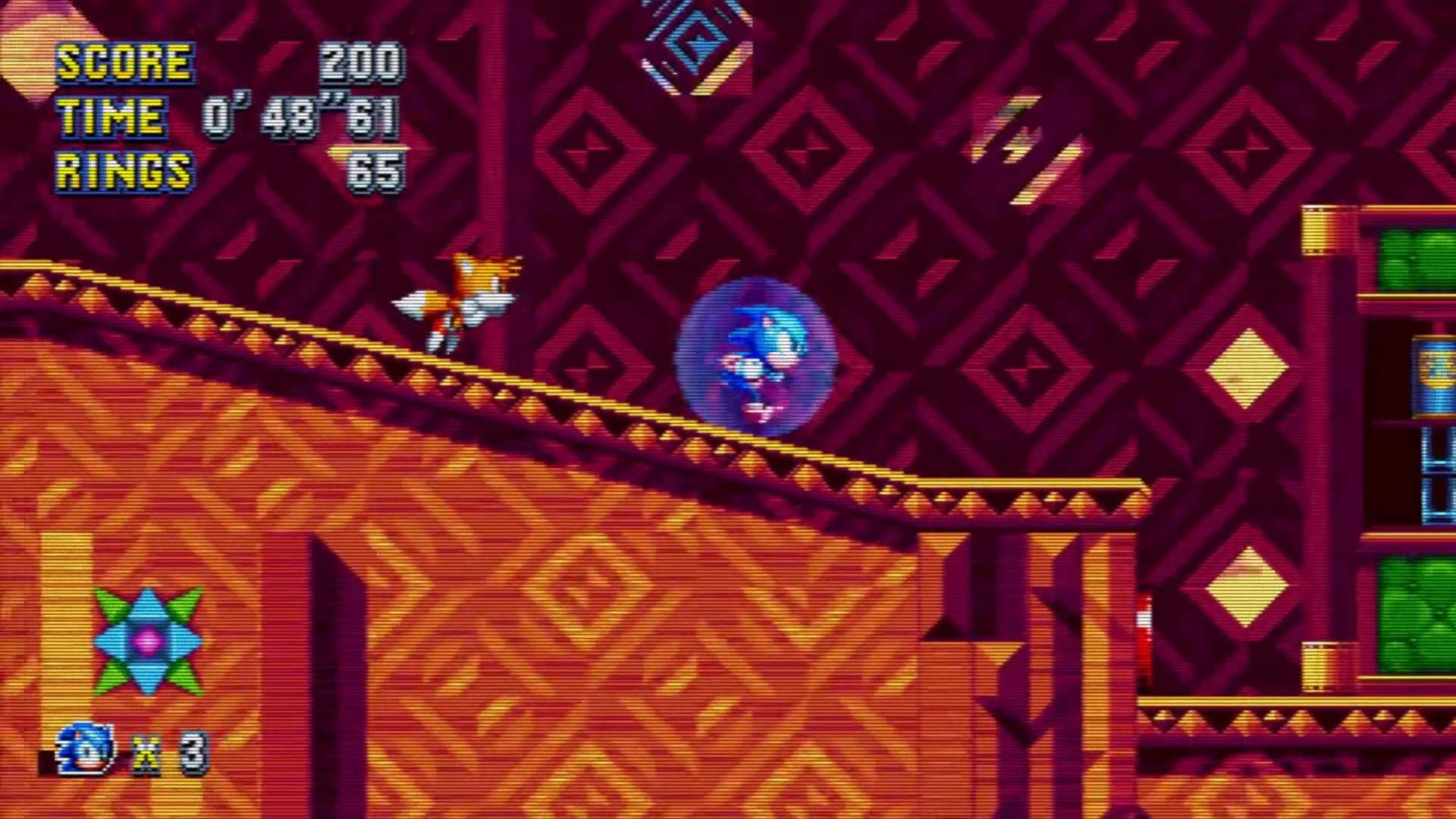 After showing two of the zones that you will be able to journey through in Sonic Mania earlier this year, SEGA have decided to debut another all new zone in collaboration with several gaming sites, and a YouTube gamer known as Kinda Funny Plays. Alongside the game’s producer Lola Shiraishi, the second act of Mirage Saloon Zone was officially revealed. As an added bonus, Miles ‘Tails’ Prower and Knuckles the Echidna, the two additional playable characters who were confirmed to be in the game at launch were shown. This new zone is set in a desert location that is similar to Dust Hill Zone, one of the cut zones from Sonic 2, Sandopolis Zone from Sonic & Knuckles and Desert Dazzle, one of the undeveloped zones from Sonic CD. As well as these inspirations, several new elements have been included such as pianos scattered through the areas, as well as portraits that follow the character’s every move. If you are a fan of seeing retro games as you used to play them, the CRT filter for Sonic Mania was included as part of the new footage, offering a unique retro viewpoint for fans of older monitors.

To see the Sonic Mania debut of Tails and Knuckles as well as the first footage of Mirage Saloon Zone, be sure to watch the video provided below. If you are interested in seeing some commentary free gameplay of this zone by the various characters on offer, be sure to check out this YouTube playlist provided by Polygon. Sonic Mania will be released on PC, PS4 and Xbox One in 2017. If you are interesting in seeing more about the game, be sure to visit the official game page on the SEGA website, and watch the initial teaser trailer which was revealed back in July 2016.