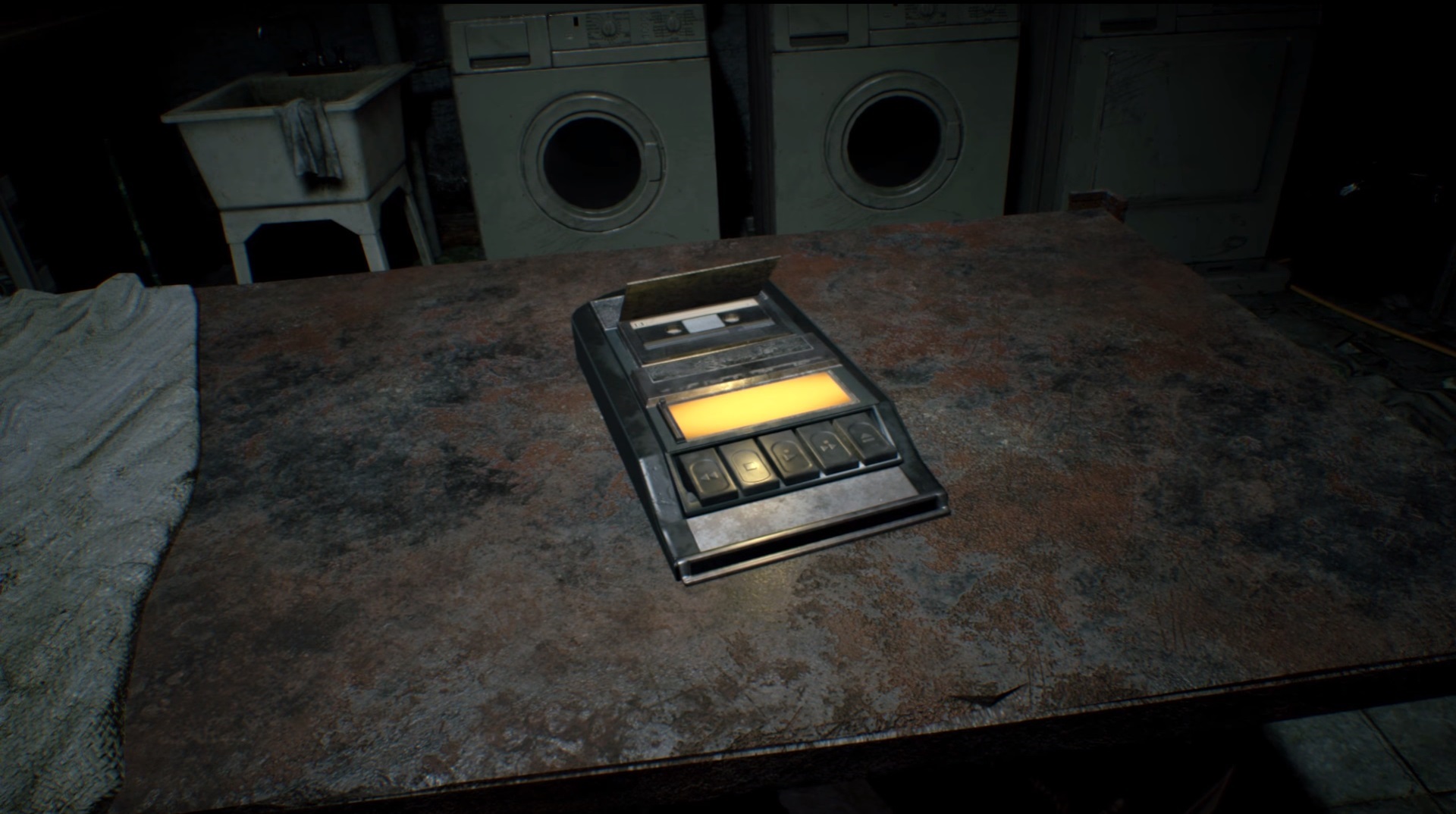 Another day, another set of teasers from Capcom for the upcoming Resident Evil 7. Last week two teasers were unveiled, known as “Vol.1: Mysterious Caller” and “Vol. 2: Shotgun in the Box”, which hinted at events in the final game.

The latest addition to these teasers that will no doubt delight fans of the series. “Vol. 3 Recorder” reveals that Resident Evil 7 will be taking things back to its roots and have the player use audio recorders to save their data. According to the save data shown on the screen, this is set in an area known as “Main House” during a scenario called “Escape from the House”. Whether or not this is somehow related to Resident Evil 7’s hugely successful demo, we can’t be sure.

Early entries in the series had players using ink ribbons and typewriters as a way to save their progress. Ink ribbons were also in short supply so players had to be conscious of how many times they’d saved their game. From the looks of this teaser, players can save as many times as they’d like without the need for perishable items.

Next up is “Vol. 4: Stock Up” which shows us yet another hallmark of the classic series. Very much hinted at in Resident Evil 7’s demo, melee combat seems to be coming to the forefront of the game. Showing us the different uses for the trusty knife, we see that aside from traditional combat it can be used to break open boxes and for assistance in puzzles.

Resident Evil 7 will be released for Playstation 4, Xbox One and PC on January 24th, 2017.