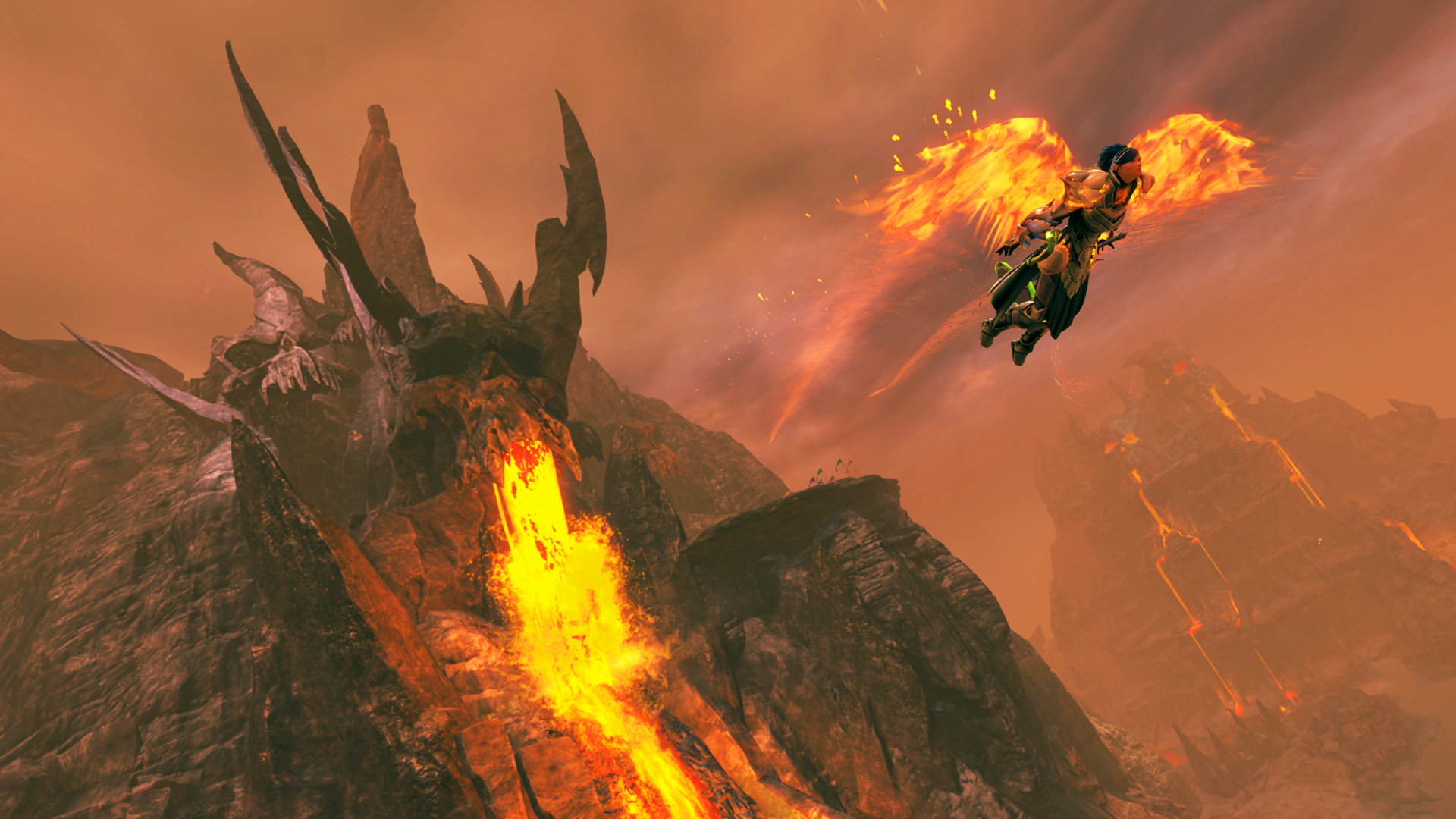 ArenaNet’s next episode of the Living World season is available for players to explore and sends players back to Ember Bay from the original Guild Wars.

Players will have a lot of content to explore, with more exploration base gameplay, repeatable heart quests, tougher jump puzzles and much more. Familiar monsters also make an appearance in the third episode of the Living World, with the Karka coming back for players to take on in a land consumed with flames and a hell of a lot of skull shaped rocks.

If you are into PvP then ANet have included a new map called Eternal Coliseum which is a three point control Conquest map, where each conquest map has a unique secondary objective that allows for deeper strategy within the usual PvP battle. Oh and it is also modelled after the real-world Roman Coliseum which is pretty darn cool. Artifacts from the gods also play a part in Living World’s pvp, being able to use special buffs or actions to help you turn the tide of battle if you are losing badly or winning stupendously. Sword of Reaping will for example, finish off any down opponents, where as capturing the Shield of Life will get a free resurrection and 5000 additional life points and 100 toughness for the entire team.

Guild Wars 2 Living World is available to play now and can be downloaded just by updating your client. If you have slow internet, watch the behind the scenes video about the creation of Episode 3.