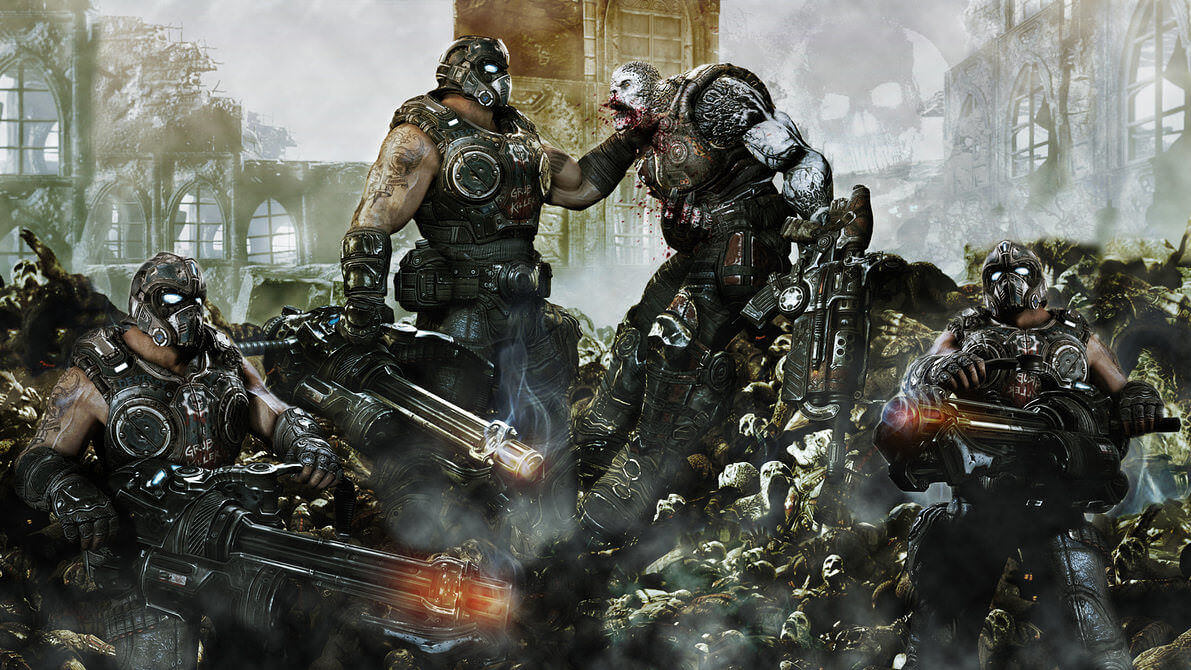 Xbox and indie hip hop group Run the Jewels have shown off their recent collaborations with a sneak preview of their third album Run the Jewels 3  with their song release Panther Like a Panther.

The track has been exclusively shown the the latest trailer for Gears of War 4 ‘Horde 3.0’ the title is released on October 11th for Xbox One and Windows 10 PCs. Horde 3.0 shows off the return of the multiplayer survival mode which puts 5 players against waves of enemies which was first shown back in Gears of War 2 in 2009.

Players will see new enemies such as the Swarm and DeeBees as well as new systems such as the class based system which lets you choose from five different roles Soldier, Sniper, Scout, Heavy and Engineer which each have their own strengths and try to encourage teamwork.

“Run the Jewels was on heavy rotation when we started laying the groundwork for the next era of Gears back in 2014, and has been there ever since,”

“The fact that two career artists came together as a group to create something so special – a rarity in modern hip-hop –  are things that Gears fans will immediately recognize and appreciate. We’re proud to have Run the Jewels as a part of the Gears of War family.”

Gears of War 4 is coming October 11th for Xbox One and Windows 10 platforms.