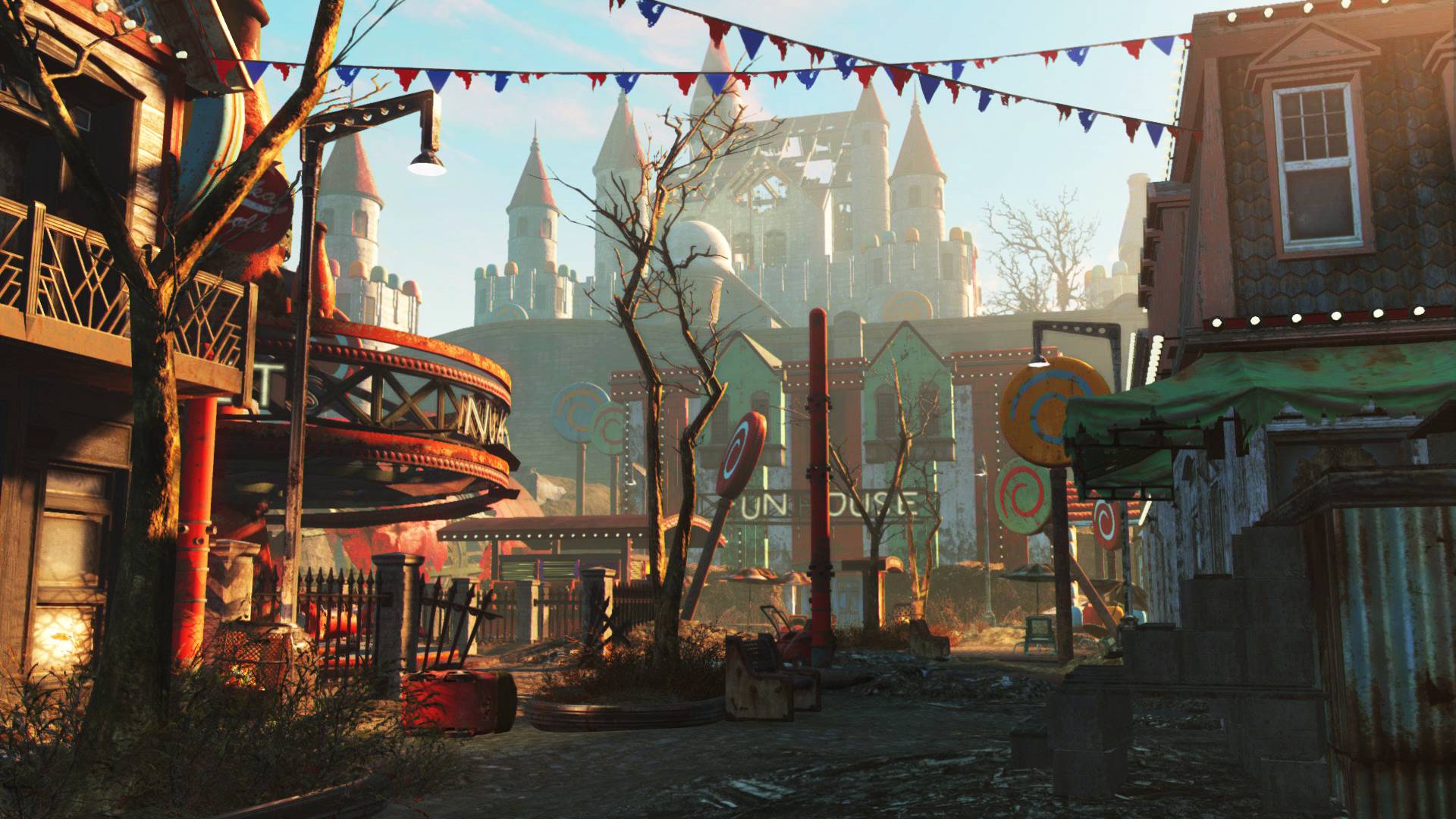 The sixth and final expansion for Fallout 4 is available to download on PlayStation 4, Xbox One and Windows PC.

Nuka-World is a gigantic theme park which has turned into a city of lawlessness thanks to your friendly wasteland raiders. Players will have a new open environment to explore with areas around the theme park being themed such as Safari Adventure, Dry Rock Gulch, Kiddie Kingdom, and the Galactic Zone. During your adventure in Nuka-World you can choose to take charge of a gang of Raiders and then use them to conquer settlements around the park. “Bend the Commonwealth to your will”

Fallout 4’s Nuka-World is available now and is available to download worldwide on PlayStation 4, Xbox One and Windows PC for £14.99 or part of the Fallout 4 Season Pass.