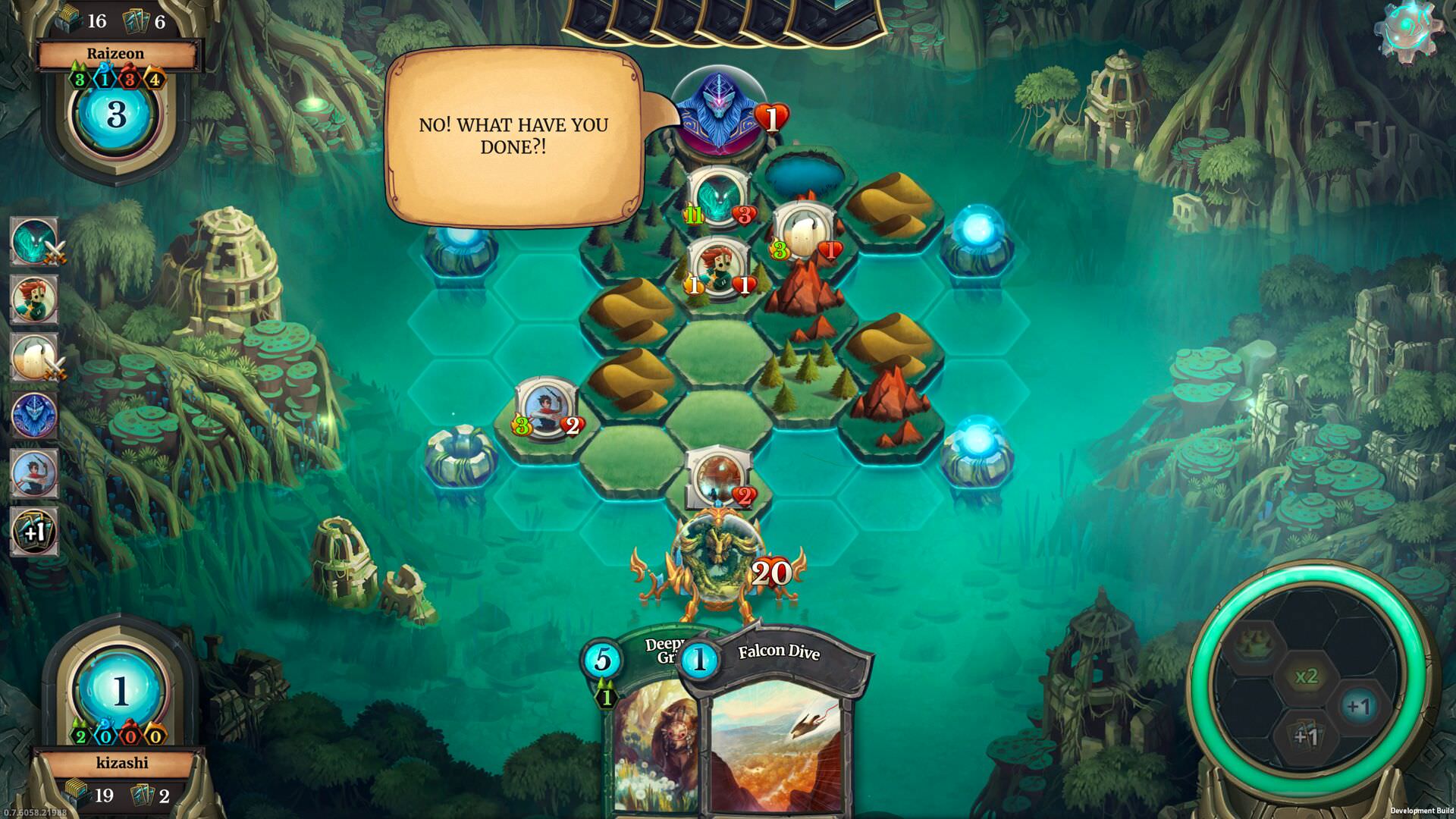 As we mentioned a couple weeks ago, living board trading card game Faeria have gone free to play on Steam.

A big milestone in the games development since it was Kickstarted, Faeria has shown Abrakam that the game has moved on from what they originally thought it might become and has entered the realm of competitive eSports with monthly tournaments and prize pots.

The developers have chosen to make the title easier to get into by removing the pay to access barrier and have open the game for all to enjoy, instead opting for a freemium model, allowing players to purchase booster packs for more cards. Part of the move to Free to play has also seen a significant update to the single player content and introduces puzzles for the first time. Players will also be able to battle against a variety of different AI opponents, while teaching new players about the game and allowing old players to test out new strategies for eSports matches.

It is not all over yet though, more changes are coming which will include updates visual, more language support, new card layouts and other smaller improvements and bug fixes. A big next step for the developers seems to be bringing the card game to mobile as they have recently had a private alpha test on tablet for iOS with Android probably being announced later this year.

You can download Faeria for free from their Steam store page from today and get started with no upfront cost.