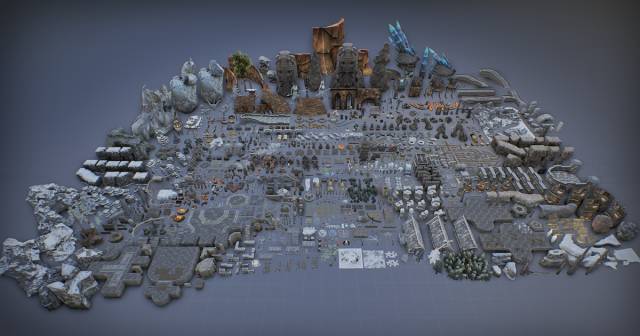 Epic Games have released all the art and sound assets from their Infinity Blade series for free for public use. The 7,600 assets which are valued at £2 million ($3 million) are free to use on its marketplace and off the back of Apple’s special event.

Most of the content comes from Infinity Blade: Dungeons that was cancelled back in 2013 but at least is allows developers to use the assets to see what the game could of been like if it was ever released.

Included in the asset packs are a couple bonuses such as rubber chickens and a cardboard hero set for comic value. All of the content in the different packs are ready to be used with Unreal Engine 4 which is also free to download and can be used with “no strings attached”.