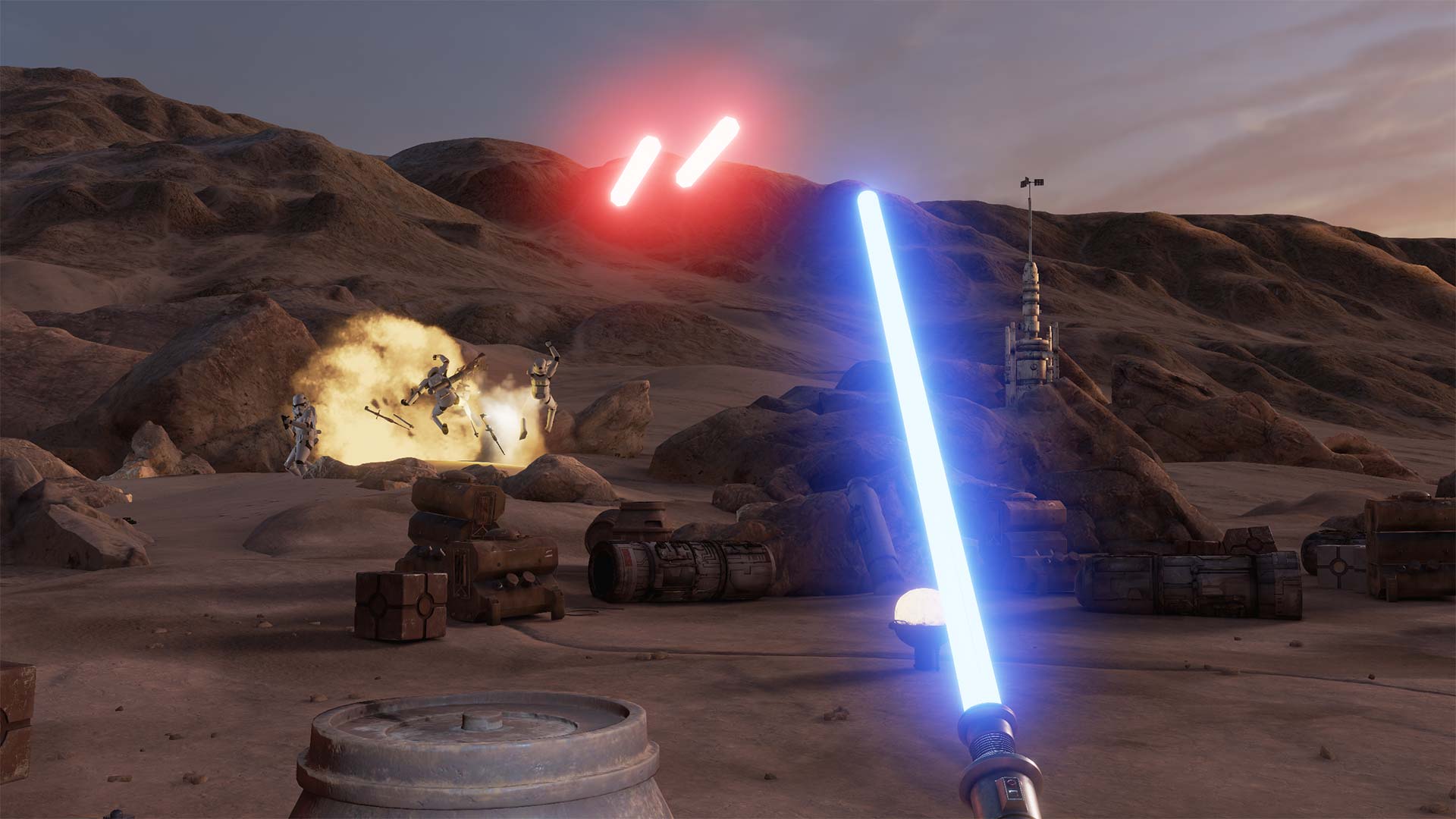 To celebrate Star Wars HTC in partnership with Valve and Lucasfilm are going to release a Star Wars VR experience called Trials on Tatooine for free to all HTC Vive owners. Anyone from Monday 18th July who own a HTC Vive will be able to pick up a lightsaber and defend the galaxy.

Trials on Tatooine has been developed under the guidance of Lucasfilm’s chief technology officer Rob Bredow and has been co-written by Bredow and Pablo Hidalgo making the step into the Star Wars universe hopefully a immersive one.

With your Vive headset on and remote in hand the opening begins with the Star Wars theme in 3 dimensions as you are on top of it. From there you learn that Luke Skywalker having defeated Darth Vader and the Emperor is looking to rebuild the Jedi Order and one Padawan is hopeful by heading to Tatooine. You are playing as that hopeful one.

During the experience you will encounter familiar places, Millennium Falcon and a special gift from Artoo in the form of a lightsaber.

If you don’t want to wait until Monday for the Trials on Tatooine today and Sunday 17th July at the Star Wars celebration event in London will allow you to try the showcase demos plus events, workshops and more focused around Star Wars.