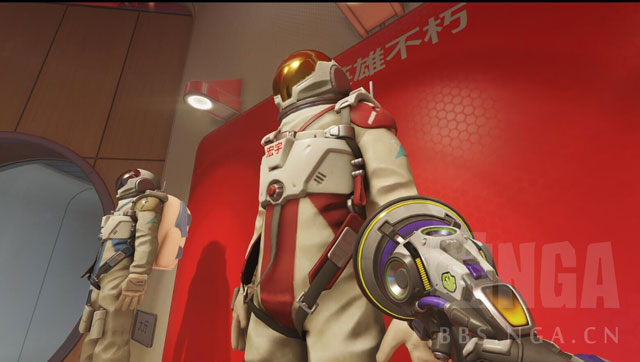 Blizzard have paid tribute to college student Wu Hongyu, 20, from Guangdong University of Technology in Guangzhou, China, after he died tragically in an accident on May 23rd. Wu Hongyu had seen somebody stealing a classmates bike from the campus, and in an heroic move, got on his own bike and chased after the thief. The two bikes collided and Wu was left severely injured; he later passed away in hospital. The police arrested the alleged thief and Wu Hongyu was awarded, posthumously, a “Courageous Citizen” award from the Guangzhou government, according to Guangdong News Express Daily.

A screenshot of a conversation between Wu and his friends (as translated by this Reddit user) shows how much he was anticipating the release of Overwatch, a message he sent to his friends reads “Is anyone else really waiting for the launch tomorrow?” He passed away the day before it’s release.

Blizzard has “added…remembrance of a brave member of our community” to it’s Lijian Tower map. They have added the name Hongyu to one of its spacesuits, in Chinese, and behind the suits “hero’s never die” is written on the red banner.

This isn’t the first time Blizzard have paid tribute to deceased fans, World of Warcraft is filled with easter eggs dedicated to players in forms of shrines, quests and non-player characters.