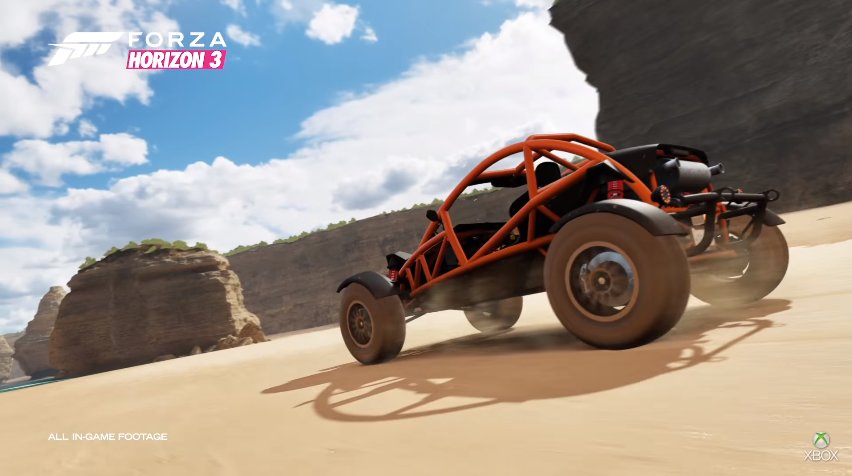 At E3 2016, Microsoft have confirmed the release date for Forza Horizon 3 to be September 27. With four player co-op confirmed and the largest roster of cars the series has ever seen, Forza Horizon 3 looks to be the most impressive Forza yet. Rally, off road and traditional street racing were all shown as the series visits Australia for the first time.

Forza Horizon 3 will also be part of the new Xbox Play Anywhere program which allows players to play on both Xbox One and Windows 10, alongside Gears of War 4. Check out the trailer below.