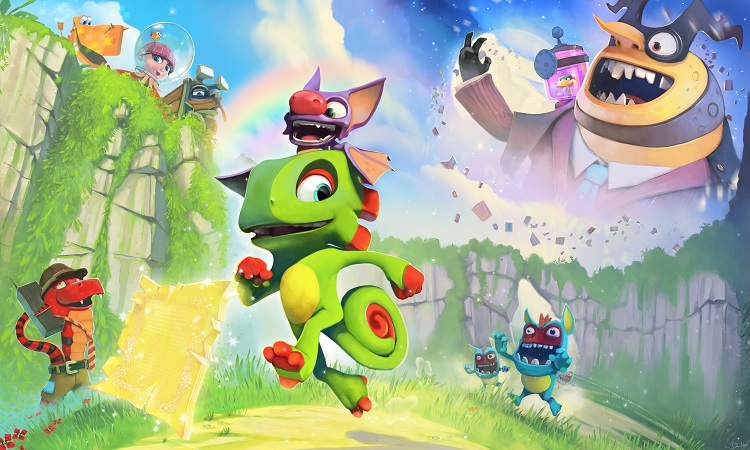 Ahead of next week’s E3 madness, Playtonic Games have released a special trailer for Yooka Laylee, showing off glimpses of the first two levels of the game, as well as showing the chameleon-bat duo in action. The trailer is peak Playtonic, complete with a Grant Kirkhope soundtrack, nods to Banjo and even Donkey Kong Country with a short minecart section. The levels look gorgeous, filled with lots of bright colours, enemies with googly eyes and plenty of collectibles to gather while jumping, gliding and rolling.

The trailer did come with the slightly disappointing news that Yooka Laylee has been delayed a few months to now release in Q1 of next year. This has come from the team at Playtonic wanting to put a few months’ of extra polish on the game, to make sure that they deliver a game that all of the game’s backers are ultimately pleased with. Based on the trailer and screens released today, Yooka Laylee is already looking wonderful so those extra months of work will no doubt make the game shine. The Team17 publishing deal has made it that the core Playtonic team will be working on the PC and Wii U versions of Yooka Laylee (maybe even a NX launch title?) while Team17 get to work on the Xbox One and PS4 versions. The Toybox backer reward is still scheduled for a July release so backers will still get to play around with Yooka Laylee‘s core controls and concepts this summer.

We’ll probably get some additional info, maybe a playthrough of one of the levels at E3 so stay tuned for more Yooka Laylee news in the very near future.