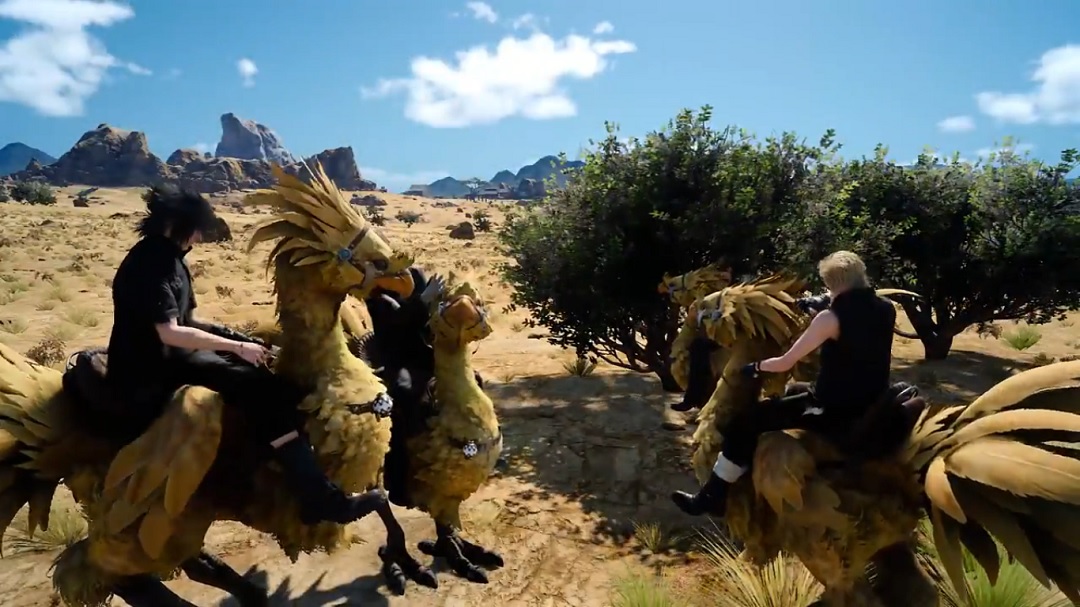 Along with debuting a chilled out guitar remix of the famous Chocobo theme, Square Enix have released a new Final Fantasy XV trailer which shows Noctis and pals running about the desert on top of the giant yellow birds. The short video shows these half chicken/half ostrich creatures jumping and powersliding about the place, as well as eating alongside the party when camped out for the night. These huge mounts are not just forms of transports, as the trailer actually shows the Chocobos engaging in battle, helping Noctis out in a fight when he is knocked off by some sort of skeletal dog.

By the looks of it, you can actually switch characters to control the Chocobo in battle, with the camera zooming in behind the massive bird at one point, as it delivers a combo of kicks against its bony foe. The trailer only shows your garden variety yellow Chocobo, but I can only imagine you’ll get to breed rarer varieties to cross certain terrain later on in the campaign, when your car just won’t do the job.

Check out the trailer below and expect a whole heaping helping of Final Fantasy XV news at this year’s E3.